Old material in an ancient city

Woody Allen's To Rome With Love is no valentine. 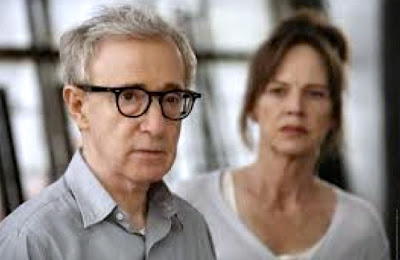 Watching Woody Allen in his new film To Rome With Love, I found it impossible not to wonder whether, at 76, Allen hasn't lost a little something off his fast ball -- at least as an actor. Playing a retired opera director who believes he has discovered a gifted new tenor, Allen's one-liners arrive a bit late, like a tardy traveler after the train already has left the station.

But watching a cranky Allen do his cranky thing isn't the only problem with To Rome With Love: Allen isn't at his best behind the camera, either: To Rome with Love seems consistently off-key, a comedy that's unable to find a sustained rhythm.

In To Rome With Love, Allen plays Jerry, a man who visits Rome with his wife (Judy Davis) to meet his daughter (Alison Pill) and her new fiance (Flavio Parenti). When it comes to delivering a line, by the way, Davis doesn't miss a beat.

Jerry also meets the father of the future groom (Fabio Armiliato), an undertaker blessed with a beautiful singing voice -- but one he's only able to use while singing in the shower.

The undertaker's plight leads to a sight gag that stands as the movie's comic centerpiece, but you can see it coming all the way from the Via Veneto, and, once revealed, the joke is repeated enough to lose its edge.

Allen isn't only interested in Jerry's desperation. As if writing short stories for The New Yorker, he weaves a variety of brief tales into a series of alternating vignettes on love Roman style or, more precisely, Allen style -- adding a footnote about the perils of celebrity, which doesn't really amount to much.

In these additional stories, Alec Baldwin plays an architect who's revisiting Rome. Once an ambitious young man, Baldwin's John is a study in capitulation; he now designs shopping malls. Early on, John runs into a young architecture student (Jesse Eisenberg) who lives in the Trastevere neighborhood, John's former haunt.

Eisenberg's character shares an apartment and a relationship with Sally (Greta Gerwig), but he's smitten by one of Sally's visiting friends, a young actress played by Ellen Page.

Rather than developing into a real character, John becomes a kind of spectral observer: He's constantly commenting on Eisenberg's moves, warning him that if he falls for Page's Monica, he'll surely be sorry.

Allen uses another of the movie's stories to comment on the perils of celebrity. Roberto Benigni plays Leopoldo, a nondescript Roman who suddenly finds himself hounded by photographers and TV journalists eager to record his every thought -- no matter how banal. The joke here centers on the fact that Benigni's character is being stalked by an avid but fickle media that turns him into an attention junkie before shifting its gaze to someone else.

In yet another story, a provincial husband (Alessandro Tiberi) is forced to introduce a gorgeous hooker (Penelope Cruz) to his conservative Roman relatives, claiming that she's really his wife. This farcical situation arises after the young man's real wife (Alessandra Mastronardi) gets lost looking for a hair stylist in Rome, and winds up in a flirtatious relationship with an Italian actor (Antonio Albanese).

The point: Through these adventitious adulterous relationships, husband and wife are able to unlock their libidinous vaults -- and grow.

The fault here lies not with the cast, but with material that's too anemic to sustain full-blooded drama or robust farce. Even the Roman setting can't disguise the fact that Allen seems to be treading water.

To Rome With Love might have been unbearable had it not been for Rome itself. Allen and cinematographer Darius Khondji bathe the Eternal City in affectionate light as they take us through some of its major sites, seldom veering off the beaten track. But even that only goes so far.


Allen's final shot -- a brass band playing Volare on the Spanish Steps -- doesn't vibrate with the expected magic, and as I took it in, I felt much as I did throughout most of this pleasantly mediocre addition to Allen's amazingly large collection: It just wasn't enough.