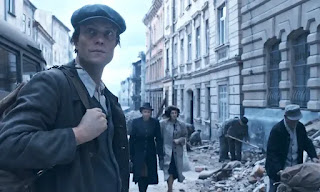 The Nakam was a clandestine group of Jewish Holocaust survivors who wanted to make Germans pay for what they’d done to European Jewry. The group planned to poison the water supply of post-war Nuremberg, considering it an act of justifiable revenge. Not all Jews agreed. The Haganah, a Zionist military organization that also operated in post-war Germany, worried that a Nakam success would turn the world against any attempt to establish a Jewish state. August Diehl anchors the story as Max, a survivor who lost his wife and child during the Holocaust. Will  Max choose revenge or a more enduring response; i.e., a victory for the fledgling state of Israel? That’s the moral territory that directors Dorn and Yoav Paz stake out. The setup couldn't be more interesting. The movie that follows? Not so much. Michael Aloni plays a Haganah operative who asks Max to infiltrate the Nakam ranks so that the poisoning plot can be disrupted. Sylvia Hoeks portrays Anna, a woman who works with the Nakam and faces her own moral crisis. In sum: intriguing subject but the movie isn't nearly as compelling as the questions it raises, perhaps because it fails to bring the drama to an exciting and suspenseful conclusion. Plan A begins by asking us what what we'd do in similar circumstances but doesn't do enough to involve us in the struggle the characters face as they move toward moments of grave consequence.

The Storied Life of A.J. Fikry 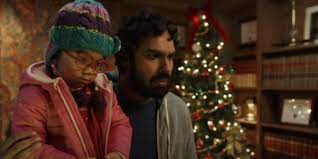 Gently manipulative, The Storied Life of A.J. Fikry combines sadness and sentiment in ways that make the movie feel formatted and formulaic. A.J. Fikry (Kunai Nayyar) runs a book store on an island off the Massachusetts coast. Mired in grief for his late wife, A.J. tries to drown his feelings with drink. Things begin to change when a publisher’s rep (Lucy Hale) tries to interest Fikry in her line. She's particularly enthusiastic about a book in which an old man acknowledges grief and loss. The heart of the movie involves an infant who's left in A.J.'s store. A.J. adopts the infant. The grim clouds hanging over A.J.'s life begin to lift, even though a rare copy of Edgar Allan Poe's Tamerlane has been stolen from his apartment. It was supposed to pay for A.J.’s retirement. The story covers A.J.'s life as his young charge grows into her teenage years. A.J. also begins a relationship with Hale's Amelia. Christina Hendricks portrays A.J.'s sister-in-law and David Arquette plays the good-hearted local sheriff. Sprinkled with literary references, the movie eventually tells us how an infant landed in A.J.'s life. But sentiment overcomes sense the longer director Hans Canosa's movie goes on. Based on a popular novel by Gabrielle Zevin, the movie eventually dissolves into a soon-forgotten sigh.