Afterthoughts in the time of leftovers

Summary: On the day when the country begins eating leftovers, it seemed appropriate to offer a few of my own: 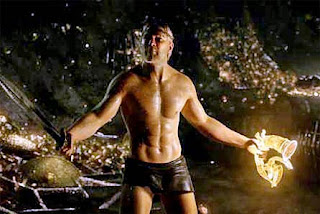 -- Is it just me or does anyone else wish that director Robert Zemeckis ("Beowulf") would stop with the performance-capture animation and make a real movie?

-- I can't help wondering what movies would look like (and how our perception of certain actors might change) if every movie ended with the kind of dance sequence you'll find at the end of "This is Christmas." And, yes, that includes "Lions for Lambs." What? You wouldn't want to see Robert Redford line dance?

-- Amy Adams did a wonderful job as an animated character come to life in "Enchanted," but what's with the talk of an Oscar nomination? Please.

-- Question: Is it possible for Charlie Rose to do an interesting show about a movie?

-- If seeing Robin Williams in the trailer for "August Rush" weren't enough to put you off the movie, you'd do well not to share that information with anyone.

-- The reviews for "Love in the Time of Cholera" were appropriately negative, but came on way too strong.

-- The animated film, "Persopolis," which opens in December and which deals with coming-of-age inside and outside Iran, proves once and for all that an animated films really can be made for adults.

__ At the recently concluded Starz Denver Film Festival someone who should know better told me he thought the Coen brothers were over after "Miller's Crossing."

-- And speaking of the Starz Denver Film Festival, which paid me to moderate three panels, what was with all the grousing about the opening-night film, "The Savages?" "Too much of a downer." "Not what I go to the movies for." "Set the wrong tone for the festival." Come on, people. It's a film festival, not a pep rally. "Savages" is an intelligent film about coming to grips with dementia and death of parent. It's also seasoned with humor.

-- Could Jacques Rivette's "The Duchess of Langeais," an adaptation of a Balzac novella I saw at the festival, be the most boring film of the year? I know it's early, but make that the century.

-- During a festival interview, Norman Jewison -- who received a lifetime achievement award -- told me that he thought all movie stars have big heads. He was speaking literally not metaphorically. 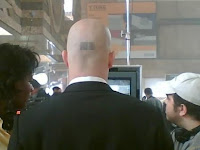 -- While we're on the subject of heads: The appearance of Timothy Olyphant in the abysmal, incoherent "Hitman," a movie with enough gall to take itself seriously, proves once and for all that most white guys have no business shaving their heads.
Posted by Robert Denerstein at 7:30 AM

I was also surprised at the reaction to "The Savages". The subject was serious but there were excellent performances and plenty of laughs. I'd call it high-end mainstream - not heavy. Maybe the opening night audience doesn't reflect the typical festival goer -bigwigs and sponsors as opposed to serious filmies.