A rousing tribute to Tina Turner 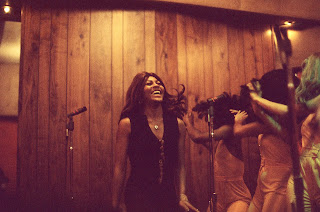 In the mid-1980s, I couldn’t go anywhere without hearing Tina Turner’s voice. Friends endlessly played cuts from Turner’s Private Dancer album. At times, What’s Love Got to Do With It,  which became a signature song, seemed to be circling in a continuous loop in my brain.
As you’ll learn in Tina, a documentary about the singer’s life and career, Turner might have been the performer that Mick Jagger looked to for inspiration. I say this not to be snarky but to acknowledge, as the movies does, her influence on Jagger’s stage presence.
Born Anna Mae Bullock in Brownsville, Tenn., Turner — now 81 — has had many careers. She launched with Ike Turner, whose abuse of her is well-chronicled in the 1993 movie What’s Love Got To Do With It  and in Turner’s autobiography, I Tina: My Life Story, written with Kurt Loder who appears in the film.
Directors Dan Lindsay and T.J. Martin wander around Turner’s life, not fretting too much about strict chronological order. It hardly matters because Tina touches all the bases before landing in the quiet of the Zurich mansion Turner now shares with her husband, Erwin Bach, listed as one of the movie's executive producers.
After she jettisoned Ike, Turner became a Vegas act. She didn’t  renew her ascendance until Private Dancer, and today she’s a bona ride elder stateswoman -- of music, survival, and uncontainable energy.
Turner credits Buddhist chanting with having opened the door to tranquility in a life that kicked off with emotionally bruising abandonment by both of her parents.
A 19-year-old Turner was selected for fame by Ike Turner, the guitarist who stood silently in the background as Tina began to command every stage that hosted the Ike and Tina Turner Revue.
Ike Turner was a skilled songwriter and musician, but Tina quickly became the draw. The abbreviated skirts, the kinetic hair, the sweat that resulted from her ability to turn her body into a perpetual motion machine of soul created a brand before performers became so obsessed with branding.
The movie finds its starting point with a 1981 interview that Turner gave to People magazine's  She talked frankly about the domestic abuse she had experienced with Ike.
Tina walked away from Ike in 1978 with only one demand — that she keep her name. She seems to have understood that she not only had talent but possessed what might be called talent-plus, the extra ingredient being the sheer force of will.
You may find yourself recalling the movie in bits and pieces. In 1966, Tina began distancing herself from Ike, pouring her soul into Mountain High, a record she made with Wall-of-Sound guru the late Phil Spector, who kept his contact with Ike to a minimum. The record flopped.
Lindsay and Martin's documentary brims with revealing observations. Tina took an immediate dislike to the song What’s Love Got To Do With It.  She thought the tune, recorded originally by a British pop group Bucks Fizz, was more pop than rock. She had to be convinced to make it her own.
We hear from Roger Davies, one of Tina's most important managers, from Angela Bassett, who played Turner in the 1993 movie, as well as from Oprah Winfrey.
You’ll see enough of Turner in performance to remind you that her voice could soar but Turner always seems to have been more than a voice: She was and is an undeniable presence.
Posted by Robert Denerstein at 4:10 PM