Staging a jailbreak for love

A husband wants to help his wife escape from prison, but director Paul Haggis can't quite give the movie the credibility and obsessive drive it needs. 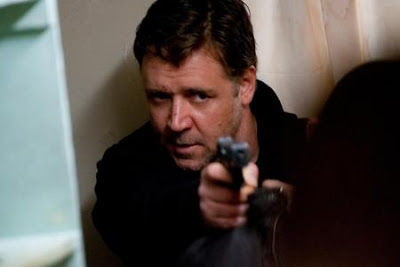 An air of unbelievability hangs over The Next Three Days, a thriller that focuses on a community-college professor who attempts to free his wife from prison, where she's serving a life sentence for murder. Having exhausted all legal remedies, Russell Crowe’s John Brennan does what red-blooded American men are expected to do, at least in movies: He takes matters into his own hands. John tries to devise an escape plan for his wife Lara (Elizabeth Banks).


Written and directed by Paul Haggis (Crash and Valley of Elah), The Next Three Days is a loose remake of the 2008 French thriller Anything For Her. The story's origins may explain why so much of this Pittsburgh-based drama feels slightly off, as if something has been lost in translation.


The Next Three Days charts John’s progression from amateur to professional. As an English teacher, he knows virtually nothing about jailbreaks or the criminal world. Much of the movie’s 133-minute running time must, therefore, be devoted to John’s education. He slowly learns how to conduct himself in a seamy new world, no easy task for a teacher who also must take care of his six-year-old son.


An all-too-brief encounter between John and a savvy ex-con (Liam Neeson)adds zest. I found myself wishing that Neeson’s appearance, as an expert on escapes, had amounted to more than a cameo. Extending his role might have given Crowe someone to play off, liberating him from having to carry the picture by himself.


The script makes some effort to test John’s commitment to his wife. At one point, he meets an attractive young mother (Olivia Wilde) at a local playground. Will John yield to temptation and develop a relationship with her?


Haggis tries to maintain a mild air of uncertainty about Lara’s guilt, but John never wavers in his belief. He insists that he knows his wife well enough to be sure that she’s incapable of murder. Sure she’s prone to sudden flashes of anger, but who isn’t?


When the movie's third act rolls around, Haggis generates tension and excitement, and he makes us wonder about the propriety of rooting for someone who's breaking lots of laws -- albeit in an effort to right what he perceives as a monstrous wrong.

But the combination of Crowe and Haggis creates expectations for something more than old-pro efficiency and gloomy drive. Like Crowe's character, the movie feels entirely too dutiful in its execution.