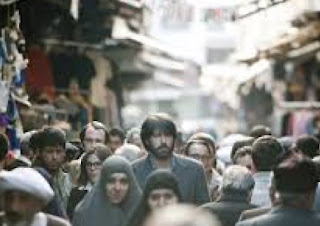 Yes, folks, it's Oscar time. Sunday evening (Feb. 24), the mysteries of Oscar will be revealed, and we'll know how the Academy's 6,000 voting members managed to sort through such bafflements as who gave the winning performance as 2012's best supporting actor: Tommy Lee Jones, Robert De Niro, Alan Arkin, Philip Seymour Hoffman or Christoph Waltz. We'll also know whether Ben Affleck, snubbed for best director, gets the last and possibly best laugh when he leaves the stage with an Academy Award for best picture as one of Argo's producers.

We'll probably see lots of reaction shots, and it's a good bet that ABC's cameras will find several occasions to embrace Quvenzhané Wallis, the nine-year-old star of Beasts of the Southern Wild and a surprise nominee in the best actress category.

Here's the odd thing about Oscar, at least for me. Of the nine pictures nominated for Hollywood's top honor, I had qualms about three (Django Unchained, Lincoln and Les Miserables), but thought all had something to recommend them. And in the midst of a year that includes pictures I genuinely admired and even loved (Amour, Argo, Beasts of the Southern Wild, Life of Pi, Silver Linings Playbook and Zero Dark Thirty), I find myself unable to muster anything close to a genuine rooting interest.

My indifference goes beyond an untreatable case of award fatigue. Like you, my experiences with the movies I loved are mine to keep, and have little or nothing to do with who walks away with a statue that reportedly costs $400 to manufacture. If David O. Russell fails to win an Oscar as best director, it will do nothing to diminish my affection for Silver Linings Playbook, a movie that managed to weave and unify a variety of tones (serious and comic) while demonstrating that it's still possible to make a great romantic comedy.

But prior to Oscar, only one thing seems to matter: wins and losses. So that's the question of the hour. What and who will gather Oscar gold? Unlike some years, 2013 harbors enough uncertainty to make predicting dicey.

In short, I've gone back and forth in my own mind any number of times, and can't guarantee that I won't second-guess myself even after I post this piece.

My predictions in the major categories:
Best Picture
The nominees:
Amour
Argo
Beasts of the Southern Wild
Django Unchained
Les Misérables
Life of Pi
Lincoln
Silver Linings Playbook
Zero Dark Thirty
And the Oscar will go to...
Argo
Comments: Put me in the group that thinks Argo has surpassed Lincoln, which began this year's awards season as the frontrunner for best picture. I don't suppose that Lincoln is a lost cause, but Argo has been gobbling up awards since early January and steadily has built momentum. Besides, it's a picture both audiences and critics have embraced. Why not the Academy, too?

And the Oscar will go to ...
Ang Lee
Comments: The unforgivable absence of Ben Affleck and Kathryn Bigelow (Zero Dark Thirty) in this category throws the entire race out of whack. Most years, the winner of the Director's Guild of America's top honor also walks away with Oscar. This year, Affleck won that award, robbing the DGA's selection of any predictive value. It's certainly possible that Spielberg will emerge as the safest choice, and I thought that he would win until I sat down to write this piece. What changed my mind? Lee beautifully translated Yann Martel's immensely popular novel for the screen, and it just feels better to me to pick Lee over Spielberg, who seems too much like an officially sanctioned choice. Honesty compels me, though, to say that I definitely wouldn't bet the rent on any prediction in this category.

Best Actor
The nominees:
Bradley Cooper, Silver Linings Playbook
Daniel Day-Lewis, Lincoln
Hugh Jackman, Les Misérables
Joaquin Phoenix, The Master
Denzel Washington, Flight
And the Oscar will go to ...
Daniel Day-Lewis
Comments: Call me crazy, but if I had a vote in this category, I'd cast it for Bradley Cooper, who showed me something I didn't know he possessed as a mentally disturbed former teacher in Silver Linings Playbook. As Pat Solatano Jr., Cooper displayed a fierce, nearly obsessive intensity. But consensus has it (and it's probably right) that Day-Lewis, a great actor and a credible Lincoln, has a lock on this category. The thinking goes like this: Day-Lewis took the marble solemnity out of the towering figure we associate with the Lincoln Memorial and created a life-sized man of the world.

Best Actress
The nominees:
Jessica Chastain, Zero Dark Thirty
Jennifer Lawrence, Silver Linings Playbook
Emmanuelle Riva, Amour
Quvenzhané Wallis, Beasts of the Southern Wild
Naomi Watts, The Impossible
And the Oscar will go to ...
Jennifer Lawrence
...er ... no ... make that Emmanuelle Riva ...
on second thought (or is it third) I'm going back to Lawrence.
Comments: No arguing that Riva gave a tremendous performance as a dying woman in Amour. And if the voters know that Riva will turn 86 on the day the Oscars are awarded, they may give her one of the best presents of her life. Both Chastain and Lawrence are strong contenders in this category, too. If Lawrence and Chastain split enough votes, Riva, wins. But it should be pointed out that Chastain may suffer from controversy surrounding Zero Dark Thirty , particularly the furor concerning scenes in which CIA agents torture al-Qaeda captives. And, yes, this is another category in which I belatedly changed my mind, leaning toward Lawrence at the last minute because she gave the most purely entertaining performance of all the actresses on the list.

Best Supporting Actor
Alan Arkin, Argo
Robert De Niro, Silver Linings Playbook
Philip Seymour Hoffman, The Master
Tommy Lee Jones, Lincoln
Christoph Waltz, Django Unchained
And the Oscar will go to ....
Robert De Niro
Comments: This is one of the most difficult categories to predict, but I'm going with De Niro because he cried in an interview with Katie Couric, because he was exceptionally good as a frustrated father and Philadelphia Eagles' fan in Silver Linings Playbook, because he's due for a little Hollywood love and because Tommy Lee Jones (perhaps his major competition) seems to be one Hollywood's biggest sourpusses. Is it possible that De Niro, a.k.a. Mr. Raging Bull, has become this year's sentimental favorite? Maybe so.

Best Supporting Actress
The nominees:
Amy Adams, The Master
Sally Field, Lincoln
Anne Hathaway, Les Misérables
Helen Hunt, The Sessions
Jacki Weaver, Silver Linings Playbook
And the Oscar will go to:
Anne Hathaway
Comments: Most folks believe that Hathaway is a sure thing. We know from previous years that the Academy really likes Field, but this year, they'll like Hathaway more. Singing your heart out while looking haggard carries major Oscar weight. Look, I'd vote for Adams who was commanding and arch in The Master, and I also thought Field was fine as Mary Lincoln, but Hathaway, as Fantine, put everything she had into singing I Dreamed a Dream in Les Miserables . That probably should count for something.

Best Original Screenplay
Amour, Michael Haneke
Django Unchained, Quentin Tarantino
Flight, John Gatins
Moonrise Kingdom, Wes Anderson and Roman Coppola
Zero Dark Thirty, Mark Boal
And the Oscar will go to ...
Mark Boal, Zero Dark Thirty
Comments: I know that Tarantino is considered the frontrunner in this category, but the Writers Guild of America went with Zero Dark Thirty , and I'm tagging along. Yeah, I know. Taking a cue from writers is probably a mistake, but I'm predicting victory for Boal. He made a complex story comprehensible and suspenseful, but he'll have to combat resistance from those who think his screenplay misrepresented some key facts.

Best Adapted Screenplay
Argo, Chris Terrio
Beasts of the Southern Wild, Lucy Alibar and Benh Zeitlin
Life of Pi, David Magee
Lincoln, Tony Kushner
Silver Linings Playbook, David O. Russell
And the Oscar will go to ...
Argo
Comments: The Writers Guild went for Terrio and Argo; I think the movie stands the best chance of winning, although Terrio could be challenged by either Kushner or Russell.

Best Foreign Language Film
Amour, Austria
Kon-Tiki, Norway
No, Chile
A Royal Affair, Denmark
War Witch, Canada
And the Oscar will go to ...
Amour
Comments: Amour is nominated in a variety of other categories, but this is the one in which Michael Haneke's picture will triumph. Case closed.

As for the rest, you're on your own. Searching for Sugar Man probably will win for best documentary. It tells an amazing story about '70s singer Sixto Rodriguez, who spent most of his life languishing in obscurity without knowing that he had attained cult-figure status in South Africa. How to Survive a Plague, about the battle against AIDS, could be a dark horse finisher.

So enjoy your evening with Oscar, and, by all means, contribute your predictions. In a year with this much uncertainty, just about everyone has a chance of emerging as an expert.