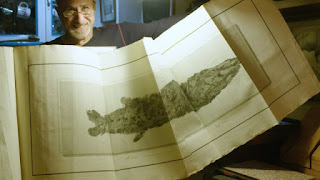 The documentary Booksellers takes us into the world of antiquarian book dealing, a diminishing trade populated by people devoted to the hunt for books, as well as to the care and nurturing of their many collections of volumes. Although the movie eventually veers into the world of ephemera (paper collectibles such as obscure, at least to me, HipHop magazines) it's best when it sticks to the world of book collecting. D.W. Young directs a loosely focused introduction to a vanishing world that benefits mightily from the presence of Fran Lebowitz, a collector who tells a story about a now-vanished "used" bookstore where the owners were entirely indifferent to anything as mundane as a customer. We also hear from Susan Orlean (The Orchid Thief), an author who talks about cataloging her own collection of notebooks and research material. As readers increasingly turn to digital books, it's refreshing, nostalgic and a little sad to contemplate the day when the printed book becomes a high-priced curiosity. Maybe the best thing about The Booksellers involves the way it makes us feel. You may not want to shell out a fortune for a first edition of Melville's Moby Dick but you may find yourself looking for an easy chair where you can take a hardback off your shelf and spend the afternoon turning its pages. 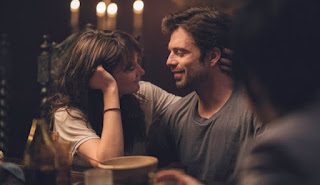 The always watchable Shailene Woodley appears in nearly every frame of director Drake Doremus' Endings/Beginnings, a movie of increasingly diminishing rewards. Woodley portrays Daphne, a 30-something woman facing a dilemma. Daphne simultaneously falls for two men who happen to be friends: Jamie Dornan's Jack and Sebastian Stan's Frank. The movie begins when Daphne, who recently separated from her boyfriend, moves in with her sister (Lindsay Sloane). Daphne's mom (Wendie Malick), we soon learn, has had her own trouble with men. Unable to find employment in the non-profit art world, Daphne seems to float through life, finding herself attracted to both Jack, a novelist, and Frank, a free spirit who gets by on charm. An underexplored incident in the past helped create Daphne's lack of direction but doesn't add much by way of interest. Loose and relaxed in its approach, the movie creates the expectation that something memorable eventually will happen: It doesn't, not really. Woodley holds the screen but her character doesn't seem particularly deep. Don't blame Woodley or any of the other actors. Doremus and co-screenwriter Jardine Libaire's haven't created characters intriguing enough to keep the movie humming for all of its 110 minutes. Oh, and like just about everyone else in the movie, Woodley is asked to smoke a lot. Hope they all got hazardous duty pay.
Posted by Robert Denerstein at 11:10 AM