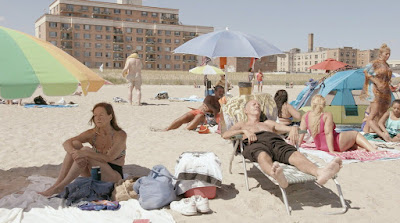 Oh great, I thought. Just what I want to watch at this particularly anxious moment, a documentary set in New York City during a sweltering August. Doesn't New York City have enough trouble as the coronavirus scourges its residents? My apprehensions proved unnecessary: Director Brett Story’s The Hottest August might be the perfect documentary for this time of lockdowns and upheavals. Using the writings of Zadie Smith, Annie Dillard and Karl Marx to provide intermittent narration, Story travels around New York City. She interviews ordinary people, sometimes with an eye on their awareness about the devastating effects of climate change. But even if you set aside the movie’s ecological frame — which is easy enough to do — The Hottest August survives as a snapshot of what’s on the minds of Story’s interviewees: immigration, endangered wildlife, a threatened planet, government failures after Hurricane Sandy and more. The film was shot in August of 2017. One person comments that people have tended to regard the US as far more stable than it truly is, an observation that carries particular weight at the moment. Then there’s Afronaut, a performance artist whose costume qualifies as a bona fide head-turner. Whatever you make of The Hottest August, you’ll find images that convey the jigsaw of city life in ways that feel both familiar and distant — and make you hope that Story is employing her camera somewhere that will capture the tipsy instability and fright of this strangest of Aprils. I can't think of anyone better suited to capture the poetry of our despair.

What She Said: The Art of Pauline Kael 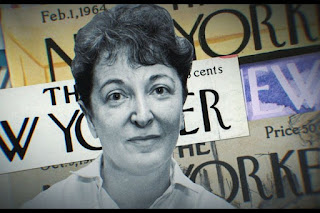 It’s odd to think that there now are filmgoers who’ve grown to maturity without Pauline Kael, The New Yorker film critic who died in 2001. Not only is Kael gone, but the primacy of film critics and film criticism has vanished amid the endless parade of internet babble and DYI publishing. (Yes, I include myself.) It’s difficult for younger people to realize that there was a time when movie-literate viewers divided into camps that revered Kael or genuflected at the altar of her enemy-in-print, Village Voice critic Andrew Sarris. Kael’s influence went beyond New York and The New Yorker, and for many, she was the last (and often definitive word) on any film. If you want to recall Kael's times or be introduced to them, you’d do well to watch director Rob Garver’s What She Said: The Art of Pauline Kael. To read a Kael review was to see the movie through her eyes, so much so that you felt the thoughts she expressed were popping up in your own mind. She was giving voice not only to her responses to movies but to yours. Or maybe she was articulating what you hadn't. Yes, you’d think, that’s precisely right when she was -- as often was the case -- precisely right. Of course, not everyone agreed. You’ll learn about Renata Adler’s searing 1980 criticism of Kael in the New York Review of Books and other matters concerning Kael's approach to reviewing. I felt a touch of sadness watching the film as I considered the fleeting life of the critic's work. Every now and again, I open one of Kael’s books and randomly select one of her reviews for re-reading. I’m sure others occasionally do the same. Do you? You should.