The Devil Has a Name 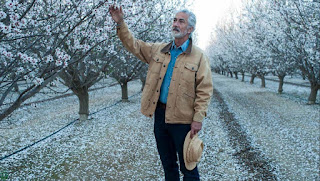 Edward James Olmos directs The Devil Has a Name, a story about a California farmer who takes on Big Oil. David Strathairn plays Fred Stern, a widower who's had enough of the California almond farm he and his late wife ran. Fred's not opposed to selling, but a Houston-based oil guy (Haley Joel Osment) offers an insultingly low price. Fred declines but he may be tempted by a bigger offer. It soon becomes clear that the oil company plays dirty, polluting Fred's land with chemicals as a way of lowering the price. Olmos plays Santiago, the manager of Fred's farm and Martin Sheen turns up as the attorney who'll lead Fred's charge against corporate villainy.  Strathairn, Olmos, and Sheen seem to be enjoying themselves as underdogs, but the story takes some disorienting turns. It's told in flashback by Gigi (Kate Bosworth),  an heir  to the oil company's fortune. The movie opens with Gigi telling the Big Boss (Alfred Molina) about Fred's journey to court. For reasons that never seem clear, Gigi talks like a femme fatale from a Neo Noir wannabe movie. The company's dirty work is handled by a thuggish sadist (Pablo Schreiber) whose hard-boiled tactics seem too far over the top for a movie that's striving to make a serious statement about the way big business can devastate the American dream. As a result, The Devil Has a Name, which is based on a real story, has its moment but lacks the expected bite.
The Kid Detective 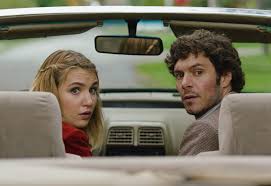 The Kid Detective finds its groove early and mostly sticks to it -- at least until its latter going. Adam Brody plays Abe Applebaum, a small-town private detective who started sleuthing when he was a kid. As a teenager, Abe enjoyed success solving low-grade mysteries but hasn't been able to parley his triumphs into adult success.  Director Evan Morgan drops noir tropes into an unlikely small-town setting as Abe is drawn back into a teen world. Here's how it happens: One day Abe discovers a blonde (Sophie Nelisse) in his office. This time though, the blonde is a high school student who wants Abe to discover who stabbed her boyfriend to death and dumped him in the local creek. The movie follows through on its desire to mix heavy subjects (pedophilia among them) with deadpan humor that both hits and misses. His face covered with stubble, Brody is a familiar type, another guy who must shake off his immaturity. The idea that small towns can hide some very heavy perversity isn't exactly new, and the movie's ending takes a fairly serious turn, maybe too serious for what preceded it. Sarah Sutherland does nice work as Abe's couldn't-care-less assistant, but The Kid Detective doesn't quite click.