For various reasons — not all related to the national news — the week of Oct. 5  began in depressing fashion. Yes, Trump treated a virus that has killed more than 210,000 Americans as an excuse for demonstrating image-stoking bravado. Yes, I finished the novel Homeland Elegies by Ayad Akhtar and felt a touch of loneliness for the company of its narrator, a Muslim steeped in the contradictions of being an American whose family hailed from Pakistan. And, yes, the sustained ugliness of public life continues to be inescapable.
There's more. The 2020 edition of the Denver Film Festival looms, but — unlike in previous years — I won’t be seeing old friends because most of the festival is taking place virtually, as it should.
And then there’s the chaos related to release-upon-release of movies that make me to wonder how much the barrage of streaming opportunities and limited theatrical possibilities matter to anyone. To keep up, The New York Times employs a battery of reviewers, many contributing short reviews. Last week, I reviewed  seven movies and couldn’t help but wonder whether there was a Prufrockian quality to it all, measuring life in tiny increments, movies that come and go.
And then there’s the movies themselves. So, a few words about what I watched this week. 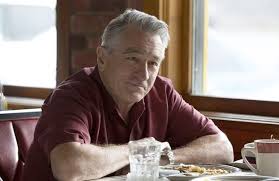 War with Grandpa
opens this week; call it an intergenerational comedy starring Robert De Niro with featured appearances by Christopher Walken and Cheech Marin. De Niro, of course, is no stranger to low-grade comedies, having made all manner of them, many quite popular: the Meet the Parents series, Analyze This among those that have been successful at the box office.
It's difficult for some of us who honed our movie taste in the 1970s not to see these cinematic cash registers as betrayals or maybe they should be taken as warnings. Perhaps we were wrong to invest so much hope in actors we thought were redefining performance and, in the process, changing movies themselves.
You know the names: De Niro, Pacino, Hoffman, and more.
So here’s War With Grandpa, a movie that has no particular reason for being other than to follow its formula.
De Niro plays Ed,  a widower who moves in with the family of his married daughter (Uma Thurman) because he’s no longer able to live independently — a move that never feels unconvincing because Ed hardly seems physically or mentally incompetent.
To adjust to Ed's presence, the host family awards him the bedroom occupied by the family’s son Peter (Oakes Egley). Two sister siblings (Laura Morano and Poppy Gagnon) play less of a role. Besieged and displaced, Peter is forced to move into the attic, which is rundown in the way that you might expect an attic in a movie to be rundown. Birds fly in. A mouse roams freely.
I’m thinking Mom and Dad (Rob Riggle) might be candidates for abuse charges. Aren’t they supposed to make sure that the kid’s quarters amount to something more than a place to stow familial overflow?
The movie’s title tells you most of what you need to know. Egged on by generic-looking middle-school classmates, young Peter declares war on grandpa for having invaded his territory.
When reason fails, grandpa decides to fight back.
One of the major laugh scenes involves grandpa awkwardly trying to keep his balance as he slips on a stream of marbles that have been unleashed beneath him. His fall would decommission most grandpas, but we're supposed to excuse such assaults in the name of physical comedy.
Did I mention the very large snake Peter puts in grandpa's bed?
Director Tim Hill (The SpongeBob SquarePants Movie)  stocks the movie with more such shenanigans as he follows the blueprint that will lead to the ultimate battle, which takes place at the birthday celebration of the family’s youngest daughter, who happens to have been born on Christmas Eve.
At this point, the destruction rises to epic levels with Hill trying to wring new levels from what feels like spare parts from other movies.
I would have enjoyed seeing more of Walken and Marin, particularly Walken, who plays Ed's friend Jerry, an aging man who fills his home with toys that, one supposes, are meant to divert him from the reality of any approaching infirmities: a One-Wheel board challenges Jerry’s balance and affords him an opportunity to fall on his ass, too.
Enough of this. I’m sure you get the idea. I leave it to you to decide whether you wish to venture into the theatrical world during a pandemic to see The War With Grandpa.
So what else? Well, how about From the Vine?

Director Sean Cisterna is so determined to charm us with scenery that From the Vine plays like the cinematic equivalent of a travel brochure. And that, for me, was the best part. The setting: Acerenza, a medieval hilltop town south of Naples.
The story centers on the Italian-born Marco (Joe Pantoliano), a businessman who runs a small American automobile manufacturing company. Disgruntled by his board's refusal to acknowledge environmental concerns, Marco quits, moves to Italy against his wife's wishes, occupies his late grandfather's spacious house, and decides to enter the wine businesses.
Craftsmanship and hands-on labor will replace the brutalizing abstractions of corporate life -- or so the fantasy goes. No troublesome construction problems emerge, as they did in Under the Tuscan Sun. The residence that belonged to Marco's grandfather needs little by way of reclamation. It’s Marco's spirit that undergoes renovation.
Adapted from a novel by Kenneth Canio Cancellara, the screenplay adds an array of dutifully colorful characters.
These include the local policeman (Marco Leonardi) and a disheveled squatter (Tony Nappo) who has taken up residence on Marco's land. Conveniently, Nappo's Enzo used to work  for a company that produces special oak barrels in which fine wines can be aged. This will come in handy later.
The property's caretaker (Toni Nardi) fills out the roster of characters; he’s a  wine expert who eventually agrees to help Marco realize his dream.
To make matters even better, Marco's dream neatly intersects with the town's revival. A restored vineyard will cure the town’s  unemployment and perhaps even stem the flight of the village's young people.
Eventually, Marco's wife (Wendy Crewson) and his grown daughter (Paula Brancati)  travel to Italy. They plan to drag Marco back to the US to resume the life he's sworn off. But Marco is too busy having flashbacks to his youth or listening to the leaves on the olive trees talk to him, an occurrence visualized with help of an animated effect.
Only the most naive of viewers possibly could believe that the movie will have an ending that does anything but confirm the validity of its fantasies.
If you enjoy movies in which the major feature is mildly expressed niceness, From the Vine may prove pleasing and, yes, there’s all that scenery, idealized to the max, as is everything else in this Italo-escapist massage of a movie.
Anything else? 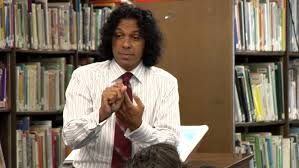 Well, yes, My Name is Pedro, a documentary that plunges headlong into many fractious issues. Director Lillian LaSalle tells the story of Pedro Santana, a dedicated educator who has worked as a teacher, a principal, and an assistant school superintendent. The heart of the story takes place after Santana moves from the Bronx to the East Ramapo school district outside New York City. The community Santana inherits is beset by problems. Hasidic Jews, who don't send their kids to public schools, compose three-quarters of the district's population.
To further complicate matters, the Hasidic Jews also constitute the majority of the school board and, according to the movie, are  intent on reducing funding for the community’s multi-racial educational institutions, channeling the funds into the religious schools they favor.
Santana turns out to be one of those people with a personality so large, it can’t be contained by institutional boundaries, an innovative teacher whose concern for kids seems undeniable.
He wants them to succeed. He’s imaginative when it comes to designing curriculum. He sports a wild crop of hair that must be taken as a statement, something he wants people to notice. Wherever he goes, he's an undeniable presence.
Santana’s personal story intrigues, but the community he serves reflects the tensions that often arise when various ethnicities try to navigate the same choppy waters.
If you’re unfamiliar with Santana’s life, I won’t tell you more. I will, however, say that a generally inspirational story isn't without complications and setbacks, including a certification scandal that ostensibly wound up costing Santana his job.
LaSalle left me with a few questions that I thought she might have answered, but in its overall parameters, My Name Is Pedro, qualifies as an important cinematic document with plenty of live-wire urgency.
As that’s my movie week.  And now, if you'll excuse me, I'll return to my state of low-level depression, a curtain that closes shortly after I stop writing. I’ll be peeking out again soon.
Posted by Robert Denerstein at 8:10 PM

Hello Robert,
I used to read and enjoy your reviews when I lived in Denver and just now stumbled upon your blog while looking for a review for the film From the Vine. I am astounded by your assessment.
This movie, a disjointed hodge-podge of every Hallmark cliche' is one of the worst movies I have seen in many many years. Honestly, can you identify one original moment? Is there a single original or even believable character? Do you not see that the talking statues and vines are a complete rip-off of Wonderfalls? Or that the plot makes no sense.
This is a truly awful film: inane dialogue terribly delivered. It's almost as if a first year class at Usc film school was given the following assignment: You are to make a satirical film that lampoons every lazy low-budget 'old person gets rejuvenated in Italy' movie ever made.
Your review, which is mostly plot summary, offers no viable reason why you recommend this movie. Is even the briefest mention of environmentalism or such powerful catnip that it overrides all of your previous literary insights? Have you really degenerated to the point that this geriatric after-school-special actually has merit to you?

I publish this comment because it comments negatively on my review. However, I wish the person who sent it had not done so anonymously. Generally, I won't publish anonymous comments.