As far as movies are concerned, 2020 seemed more like a dream than a collection of lived experiences. Since theaters shuttered in March, I’ve been streaming so much, I’ve nearly drowned in what feels like a non-stop torrent of movies, each screaming for attention in the cluttered online world.
I shouldn’t complain, though. If one has to be isolated, how fortunate to have the company of a variety of movies that, at minimum, serve as reminders that an outside world still exists.

When it comes to picking the 10 best movies of the year, I’m more wary than usual. Aside from the customary fear that I’ll forget something obvious, I have to confess that, at times, I had difficulty keeping up with all the screening opportunities.

Like everyone else who writes about movies, I’ve also had to think about the possible demise (or at least severe diminishment) of the theatrical experience. I’ve often bristled at the fare that pops up in the nation’s multiplexes but never thought of them as points of literal rather than cultural contagion.

Vaccination looms, but few of us think the post-Covid world will be a precise mirror of the pre-Covid world.

As you peruse the list, you'll notice a preference for what might be termed "thematic heaviness," but, hey, I didn't make the movies: I only reviewed them.

So, I offer 10 movies with an admission that I not might have seen every movie relevant to the task. 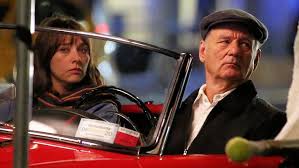 Director Sophia Coppola brought a light but knowing touch to a comedy that teamed Bill Murray and Rashida Jones as a New York father and daughter. Jones's character suspects that her husband (Marlon Wayans) might be cheating on her. Murray's character is all too eager to prove her right. The result: A first-class piece of escapism that, for me, became a perfect antidote to bouts of Covid-induced blues. And, yes, in a different year, I might not have put On the Rocks at the top of my list but Coppola reminded me of how much I miss escapism that doesn't make you hate yourself for enjoying it.
2. Beanpole 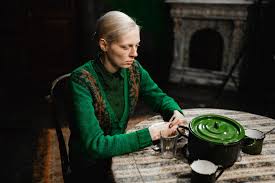 When Americans think about the end of World War II, we often are reminded of a country buoyed by the elation of victory, a precursor to the boom years that would follow. The experience in Russia was different. Partly because much of the war was fought on Russian soil, the country's devastation was greater than anything America experienced. Beanpole gives us a stark picture of just how bad things were. Director Kantemir Balagov steeps his movie in the deprivations of post-war Leningrad as he tells the story of two women who fought together in the war. A shattering blow of a movie, Beanpole reminds us that the price of war doesn't stop just because the guns have gone silent.
3. First Cow 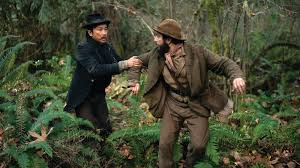 Director Kelly Reichardt brings a restrained sense of naturalism to a mud-caked work in which you practically can smell the characters. Without italicizing anything, Reichardt deals with prejudice and class differences in the Pacific Northwest of the 1800s. Put aside expectations, Reichardt and her two principal actors (Orion Lee and John Magaro) take the movie where it needs to go.
4.  Martin Eden 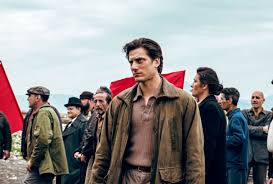 This out-sized hunk of cinema places its main character against a backdrop of sweeping political and social upheaval. Luca Marinelli gives one of the year's most robust performances as a writer cut in the Jack London mold. That's because this Italian import from director Pietro Marcello relocates a 1909 semi-autobiographical novel by London to Italy -- and makes it work.
5. Kajillonaire 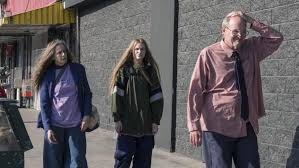 Director Miranda July's movie resembles other movies about con artists save for the fact that the stakes are low and the con artists are anything but super-slick. Visiting the world of down-and-out Los Angeles, July obtains fine performances from Debra Winger, Richard Jenkins, Evan Rachel Wood, and Gina Rodriguez. Purposefully strange, Kajillionaire nonetheless is rooted in a young woman's need for love and acceptance.
6. David Byrne's American Utopia 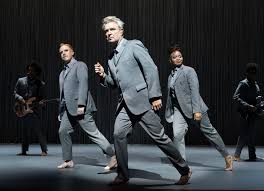 Director Spike Lee more than does justice to Byrne's stage production,  a musical brimming with irresistible polyrhythmic energy. Lee and Byrne create what is essentially a concert film -- but one with topical spin and winking humor. If you can sit still while watching this one, you need a pulse check.
7. City Hall and Collective 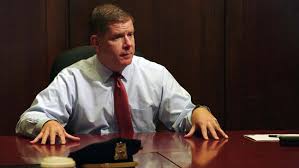 On the surface, it seems as if a four-and-one-half hour American documentary and a 149-minute Romanian documentary would have little in common. And literally speaking, they don't.
But putting them together makes a strong and necessary statement about one government that works as it should and another that's riddled with corruption.
Frederick Wiseman's City Hall delivers a powerful reminder of how government looks when it's well-intended and trying to work. Wiseman creates a ground-level portrait of Boston that introduces us to the people who make the city run. A well-documented antidote to the anti-government ranting that too often tears at the American psyche.
Collective takes us inside an horrific Romanian scandal. Director Alexander Nanau chronicles the devastating impact of a scheme in which diluted disinfectants were sold to Romanian hospitals. A potent expose of corruption carried to an extreme, Collective becomes both a cautionary tale and a tribute to those who shed light on egregious wrongs.
8. Sorry We Missed You 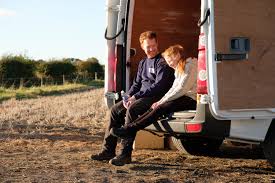 Many of British director Ken Loach has a knack for capturing social and economic realities, often in telling slices of contemporary life. In this outing, Loach introduces us to Ricky (Kris Hitchen), a husband and father who's trying to make ends meet by working as a driver for a delivery service. What better time to think about those who struggle to survive and the toll it takes on their families?
9. The Personal History of David Copperfield 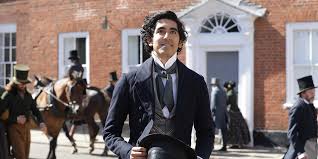 Director Armando Iannucci and a terrific cast convinced me that one can never get enough of Charles Dickens on screen. In Personal History, Iannucci employs a winking sense of humor and a multiracial cast to wonderful effect. Credit Dev Patel with freshening the main character. Iannucci (In the Loop, Veep, and The Death of Stalin) adds a tasty variety of supporting performances with notable contributions from Peter Capaldi as Mr. Micawber, Tilda Swinton as Betsey Trotwood), and a delightful Hugh Laurie as Mr. Dick.
10. Time 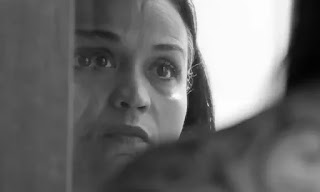 Rob Rich and his wife Fox were imprisoned for a botched 1997 bank robbery. Director Garrett Bradley's moving documentary takes us deep into Fox's post-prison attempts to obtain her husband's release. Rich was sentenced to an unreasonably long 60 years. Fox commands the screen as a wife and mother of fierce determination. Not a documentary about guilt or innocence, Time instead takes a deep, often poetic dive into the injustices found in the American judicial system, leaving us to ponder the meaning of the words "fair" and "equitable."
Honorable mentions: Gunda, Forty-Year-Old Version, Bacurau,  and Minari.
Posted by Robert Denerstein at 1:31 PM

Email ThisBlogThis!Share to TwitterShare to FacebookShare to Pinterest
Labels: 10 best movies of 2020