Afghanistan -- from far and near

Summary: If you're of a certain age and view the '80s as a time of hard, unapologetic partying, you may relate to "Charlie Wilson's War," a movie devoted to proving that a good time need not be incompatible with a good conscience. 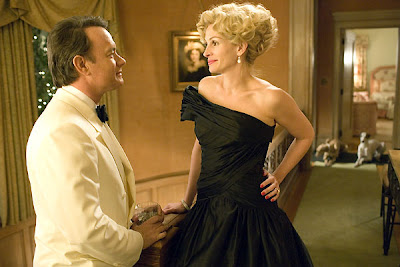 "Charlie Wilson's War" mixes political savvy with satirical observations about life in the '80s. This little-known story about the ways in which power can be wielded in Washington makes for one of the brightest, most entertaining movies of the season. And if director Mike Nichols can't quite give the movie the butt-kicking finale it deserves, he still manages to make points that have plenty of stinging relevance.

Although Nichols, working from a smart script by Aaron Sorkin, doesn't stop to deliver foreign-policy lectures, he reminds us that meddling in the world can be a risky business. Doing the right thing doesn't always produce the hoped-for results.

Aside from any moral you may wish to take from the story, you'll find a movie that's entertaining because it focuses on at least three outsized and mostly fascinating personalities. The first is the title character, Texas Congressman Charlie Wilson (Tom Hanks), a Democrat and fun-loving bachelor who makes little attempt to conceal his taste for adult amusement -- that means women and Scotch.

During his Congressional tenure, Wilson received support and affection from a wealthy Houston conservative (Julia Roberts), who latched onto Afghanistan, partly because of her rabid anti-Communist leanings. The Congressman also managed to form an uneasy alliance with a shambling CIA agent (Philip Seymour Hoffman).

This odd mingling of interests resulted in an amazing increase in financial support and armaments for the Mujahadeen in Afghanistan, helping to hasten the expulsion of the Soviet Union from that rocky, forbidding corner of the world. Afghanistan benefited from the fact that Wilson was a member of the House Defense Appropriations Subcommittee.

"Charlie Wilson's War" tells its story in straight-ahead fashion. No stylistic flourishes are needed for a Scotch-soaked yarn about a congressman who enjoys a dip in a hot tub with naked women as much as he relishes a good debate. And Hanks ably conveys a key ingredient of Wilson's personality: The man isn't ashamed of enjoying himself; in the movie, he seldom appears at a social gathering without a drink in hand. 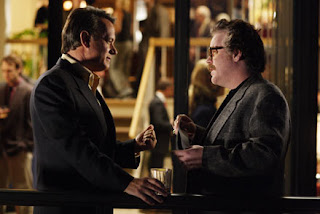 Although both Hanks and Roberts do fine work, Hoffman gives the most engaging performance as CIA agent Gust Avrakotos. On the outs with the power brokers at the CIA, Avrakotos is a witty, irreverent and wary man. If you're not entertained during every scene in which Hoffman appears, you may have a fatal resistance to being entertained. Avrakotos is both appalling and admirable, and you can't help rooting for a guy who isn't afraid to speak his mind and let jaws drop where they may.

In a strange way, "Charlie Wilson's War" overcomes its own cynicism, restoring faith in the human capacity for attainment. Maybe that's because the movie happily mixes absurdity, intelligence with trace elements of conscience. To make the picture even better, Nichols wisely fills the minor roles with strong performers: Amy Adams, as one of Wilson's pretty young assistants; Ned Beatty as a bloviating old pol; and the great Om Puri as President Zia of Pakistan.

Put it all together, and you have a movie that winks its way to success while sounding the most appropriate of cautionary notes: Absent a major helping of reconstruction, the U.S.'s covert victories in Afghanistan went sour. We're still paying the price. 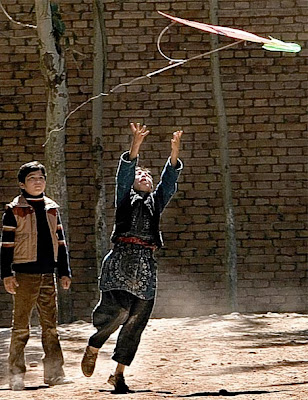 The most exceptional thing about "The Kite Runner," director Marc Forster's adaptation of Kahled Hosseini's bestselling novel, arrives in the form of a performance from a young non-professional, the wondrous Ahmad Khan Mahmoodza. Mahmoozada portrays Hassan, a boy who lives as a servant in the home of a Pashtun aristocrat (Homayoun Ershadi) and his son Amir (Zekeria Ebrahimi), the movie's main character.

For those few who haven't read the novel, I won't give away the plot development that sets off a story loaded with guilt, recrimination and last-minute attempts at redemption. What we on screen amounts to a truncated, illustrated version of Hosseini's novel, and that's not an entirely bad thing.

Best in its beginning sections, the movie loses steam when the grown Amir and his father emigrate to the U.S. The adult Amir (Khalid Abdalla) isn't all that interesting and neither is Abdalla's performance.

Though it has been trimmed, the essentials of Hosseini's novel remain, and the story should prove interesting to those who read it, as well as to those who haven't. Forster's direction never quite feels rich enough, though, and reaction to "The Kite Runner" remains admiration and interest mixed with the faint aroma of disappointment.
Posted by Robert Denerstein at 9:30 AM