10 pictures, but not many real surprises 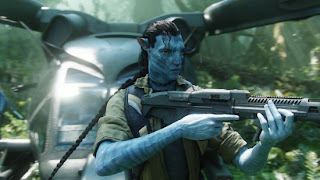 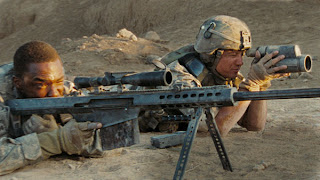 Both Avatar and The Hurt Locker are aiming for Oscar gold.

If you care, you already know this year's Oscar nominations in every category. You also may be a little worn out on statues, having endured what seems an endless parade of critics' awards and the always over-hyped Golden Globes. Still, nothing trumps Oscar for prestige, and no matter how little the pompously named Academy of Motion Picture Arts and Sciences surprises us, we're always forced to glance in Oscar's direction.


OK, you know that Avatar and The Hurt Locker tied for the lead in nominations with nine each. You also know that Oscar's expanded 10-picture list includes The Blind Side, a decent enough movie but one that probably would have caused little Oscar stir in years gone by. And without the 10-picture approach it's inconceivable that District 9 would have found its way onto a best-picture list. Oscar has never been partial to sci-fit, but this year's best picture list not only includes District 9 (about aliens stranded on Earth) but also Avatar (about aliens as holy primitives.)


The 10-picture news, of course, isn't all bad. I'd rather see A Serious Man on a best picture list -- which it is -- than wonder why Star Trek, though entertaining and zesty, deserved to be ranked among the year's elite. It wasn't.


For all the hoopla, it already seems clear that Avatar and The Hurt Locker will duke it out for best picture. But with 10 movies, it's just possible that The Blind Side could surprise everyone, even though neither its screenplay nor its director received Oscar attention.


Quick. Who directed The Blind Side? Did you see John Lee Hancock's name on anyone's awards list? Neither did I. The Blind Side has become Bullock's picture. No one else need apply for ownership.


For the record, the 10-picture format strikes me as little more than a PR stunt, a sop to popular taste that gives the category the faint aroma of The People's Choice Awards. Of course, if the people really did have an Oscar choice, The Hangover would have made the best picture list. Even with 10 movies, Oscar remains comedy shy.


And for all its attempts at a new populism -- a.k.a., the search for higher TV ratings -- Oscar still found plenty of room for movies that first made their bones at film festivals: The Hurt Locker, An Education, Precious: Based on the Novel Push by Sapphire, and Up in the Air.


I was hearted to see Oren Moverman's The Messenger -- and important and deeply moving movie about the impact of war on soldiers who survive it -- earn Oscar nominations in the best supporting actor category (for Woody Harrelson) and for best original screenplay. If you haven't seen it, make an effort.


It was equally heartening to see that In the Loop was nominated in the best adapted screenplay category. It won't win, but the Academy seems to have recognized that the movie was witty, incisive and delicious satirical. And while we're on the subject, I would love to have seen Peter Capaldi (of the same movie) on the list of best supporting actor nominees. He was brilliant as a vicious PR-conscious British government advisor and could have replaced Matt Damon, who played a rugby star in Invictus, a movie that was snubbed for best picture. Damon, by the way, was outstanding as a whistleblower in Steven Soderbergh's The Informant!


Still, it's difficult to carp about the best actor category. Even though Jeff Bridges has become a runaway favorite for his work as an alcoholic singer in Crazy Heart, there's no one on the list I'd want to see knocked off. The Academy did the right thing by including Jeremy Renner, who played the wild man leader of a bomb squad in The Hurt Locker. Colin Firth's nomination in the same category proved that Oscar can recognize quiet work. Firth played a bereaved gay English professor in A Single Man.


Maggie Gyllenhaal as best supporting actress for her portrayal of a single mom in Crazy Heart? Not in my world. I'd rather have seen Julianne Moore honored for her work in A Single Man. Maybe it doesn't matter. Does anyone believe that Mo'Nique can be beaten in this category? She played the world's most abusive mother in Precious.


Like everyone else, I was surprised to see The Secret of Kells on the best animated feature list and a little dismayed that The Princess and the Frog -- lesser Disney -- made the cut. Still, I wouldn't bet the rent against Up, the favorite in this category.


But you know what? This should be your day to applaud your favorites and scream about what you regard as the Academy's sins of omission. Want to know what makes me truly happy? An interminable awards season finally is drawing to a close -- even if we still have to wait until figure skaters collect Olympic gold before we learn who'll win Oscar gold.


The awards will be handed out on March 7.

Posted by Robert Denerstein at 10:40 AM