Power struggles at a boarding school

Selah and the Spades is a teen movie with a difference: Forget sex, these kids are into cruelty and power. 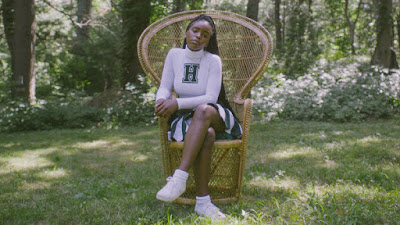 I’m always hesitant about making generalizations. No sooner do I proclaim something to be true than someone will point out the deficiencies of the observation. Having said that, I’ll take a chance and say that I haven’t seen a teen movie quite like Selah and the Spades, the adventurous directorial debut of writer/director Tayarisha Poe.

Set in an elite private boarding school, the idiosyncratic Selah and the Spades avoids the usual teen cliches as it explores the power relationships within the school’s numerous cliques, most notably the Spades, a group dominated by Selah (a terrific Lovie Simone). A senior, Selah not only presides over her cohorts in the Spades but runs an operation that sells drugs throughout the school. Selah may be running a small-time drug operation, but she's also a model student, a cheerleader who tries to excel and is pushed by her mother to do so.

Always calculating, Selah decides that it’s time to train an heir to her throne, selecting a newbie student played by an equally good Celeste O’Connor. A budding photographer, O'Connor's Paloma gradually absorbs the often-cruel lessons that Selah patiently provides as Poe advances the story toward a critical test of loyalty that requires a demonstration of ruthlessness on Paloma’s part.

The Pennsylvania boarding school that provides the story with a setting is racially integrated, but without underlining her point of view, Poe allows us to infer racial distinctions and leaves us to wonder whether Selah hasn’t picked the name of her group (a word sometimes used as a racial slur) as an act of sardonic defiance.

Selah’s second in command, a young man named Maxxie (Jharrel Jerome) does Selah's bidding but learns that it’s not always possible to please such a demanding autocrat.

Few adults populate the movie, although Jesse Williams appears as the new headmaster of the Haldwell School. Among the Haldwell students, Ana Mulvoy Ten has a nice turn as Bobby, the white girl who heads a faction of mean-spirited theater nerds. They're called The Bobbies.

Poe catches us up in this twisted teen world. By the movie’s end, which doesn’t go quite as far as it probably should have, you may find yourself fretting about the future of a generation of young people who seem all-too-adept at trying to annihilate one another. Scary stuff.