Lots of conflict in this Christmas gift 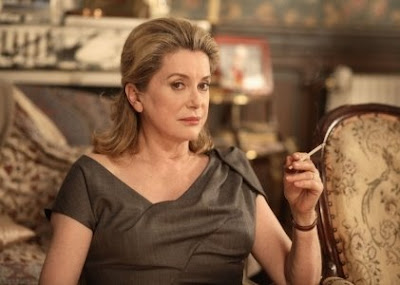 To say that director Arnaud Desplechin's "A Christmas Tale" is about a dysfunctional family is a bit like arguing that World War II amounted to little more than a minor quarrel between Germany and the rest of the world. Packed with incident and densely populated, Desplechin's family drama makes a stunning contrast with American holiday movies that tend to regard tension and conflict as a source for comedy.

Desplechin treats such potentially toxic ingredients as a natural expression of the tormented lives of his characters, each of whom might require a lengthy dossier to describe all of his or her tics or traits. I won't bother to list them all because you'll get to know them as the movie progresses, although you may have some difficulty keeping track of them at first.

Notable among the Vuillard family is Junon (Catherine Deneuve), the mother of the clan who needs a bone marrow transplant from one of its members. She's suffering from a rare form of leukemia, the same variety of cancer that took her oldest son as a child, a tragic loss that continues to wrap the family in guilt and recrimination. Abel (Jean-Paul Roussilon) is the father, a gruff, portly businessman who seems oddly unfazed by the bustle of his household, located in the provincial city of Roubaix, where the family has gathered for its first holiday reunion in six years. 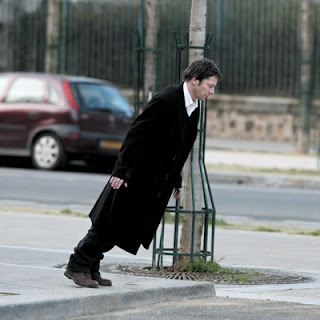 Those who've seen "The Diving Bell and the Butterfly" or "Quantum of Solace" will recognize Mathieu Amalric as one of the film's stronger personalities. Amalric portrays Henri, the family's black sheep, a dissolute fellow who has been estranged from his playwright sister (Anne Consigny) for reasons that are left charmingly vague. There's also a troubled teen-age boy (Emile Berling) and too many others to describe without turning even a short commentary into a psychological laundry list.

As the movie unfolds, arguments abound, infidelity rears its head -- albeit without ruffling too many feathers -- and the children put on a play. All of this is presented in a style that suggests Desplechin likes to sketch his narrative in swift strokes that can make you feel as if you're lagging behind, a hapless eavesdropper on a conversation that began long before you arrived. Don't let this put you off; it's fun trying to catch up. Characters sometimes talk to the camera; the pacing is frenetic; scenes are introduced with title cards; and you can't always tell whether you should feel exhilarated or depressed. In short, you're watching a movie and you know it.

If anyone in this troubled family is seeking maternal comfort from Deneuve's Junon, they've probably come to the wrong place. She's critical of many of her guests, including the wife (Chiara Mastroianni) of her youngest son (Melvil Poupaud). Those who wish to add additional layers of complexity to this heavily seasoned stew may wish to know that Mastroianni is Deneuve's real-life daughter.

Desplechin seems to endorse the notion that smart, literate people are not the best candidates for familial bliss. I don't know if that's true, but I found myself engaged by all the ruckus. The only problem with "A Christmas Tale" is that it goes on too long, particularly for a movie with a slightly frantic tone. Still, you won't soon forget Christmas with the Vuillards, although you may wish you could. That's not meant as a criticism of the movie, but as a reaction to some of its less appealing characters. If "A Christmas Tale" catches you in its staccato rhythms, you may just want to return for a second helping. Desplechin puts so much under this family tree, it's difficult to unwrap everything all at once.
Posted by Robert Denerstein at 12:01 AM