She writes as she pleases 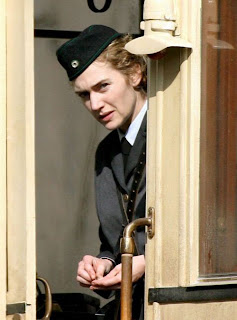 "The Reader," an adaptation of a novel by Bernhard Schlink, opened Wednesday in Los Angeles and New York. New York Times critics Manohla Dargis panned the movie, which won't be released in most of the country until later this month. Directed by Stephen Daldry ("The Hours"), the movie tells the story of a romance between a German teen-ager (David Kross) and an older woman (Kate Winslet) and eventually gets around to dealing with issues of guilt and memory regarding the Holocaust. I won't comment on "The Reader" now, but I was surprised to read a Los Angeles Times blog item explaining why some film companies dread a Dargis review. "It's an open secret in indie Hollywood that no one wants Manohla Dargis to review their movie, fearing that the outspoken critic will tear their film limb from limb," wrote Patrick Goldstein. The brief article went on to say that it's not exactly Dargis' opinions that are objectionable, but "her seeming lack of empathy for the challenge of tackling difficult material." Dargis, of course, is perfectly capable of defending herself, but it should be stated that neither she nor anyone else who writes about movies is under any obligation to express empathy for those who undertake difficult projects. Some critics do; others don't. But there's absolutely no reason why Dargis should dilute her criticism with messages of condolence. She's not in the business of soothing filmmakers' egos, but of expressing herself to a large and interested audience, most of whom are entirely capable of reading her reviews and arriving at their own conclusions. I'm sure that Daldry -- and screenwriter David Hare -- can stand the heat that Dargis has turned up in their creative kitchens.
Posted by Robert Denerstein at 8:46 PM