Romantic comedy with charm -- and a bit of intelligence, too 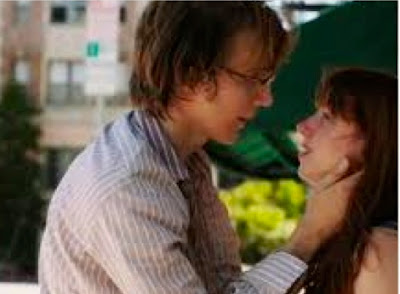 It's a common enough experience. Hungry for romance, we fall in love with our dreamy idea of a person rather than with the more complex flesh-and-blood version. This familiar scenario usually leads to disappointment because -- no matter how committed we are to our fantasies -- reality has a way of kicking them to the curb.

The new romantic comedy -- Ruby Sparks -- carries such a situation to imaginative, amusing extremes: Calvin (Paul Dano) is a young Los Angeles-based novelist whose career has stalled after a smashing debut. Nothing breaks the logjam of Calvin's block until he begins writing about a young woman named Ruby Sparks: For Calvin, Ruby becomes both a character and a muse.

It's just here that the movie takes its defining twist.

To Calvin's surprise, Ruby (Zoe Kazan) suddenly becomes real. She turns up in Calvin's kitchen, acting as if her presence is the most natural thing in the world. After his initial shock, Calvin gradually comes to accept the fact that one his creations has made the transition from the typed page to real life.

Is Calvin crazy? Not at all. Other people see Ruby, too.

Kazan, who wrote the screenplay, sprinkles no magic dust over her fantastical premise. Ruby appears. That's it. We're asked to live with it, just as Calvin is.

A variety of off-camera relationships add extra spice to a romance that doesn't so much bend our minds as divert them for most of the movie's 104 minutes: The directing team of Jonathan Dayton and Valerie Faris (Little Miss Sunshine) are married. Dano and Kazan have been a couple for five years. Feel free to speculate about the effect of all this interpersonal calculus as you follow Dano's Calvin on his romantic adventures.

The idiosyncratic Dano portrays a young man who isn't always sure he wants topple the walls of isolation that surround him. More than most young actors, Dano excels at conveying the debilities of a fragile psyche.

Kazan, on the other hand, has just the right balancing charm to play Calvin's dream girl, a 26-year-old painter from Ohio, who -- of course -- doesn't know that she's a fictional creation.

Most of the people in Calvin's life are happy that he's finally been able to connect with someone. Calvin's brother (Chris Messina) applauds Calvin's situation. Who wouldn't want a woman who could be made to fulfill any desire simply by having her author write it? It should be pointed out that although Calvin's authorial command over Ruby eventually gets a bit out of hand, it takes no kinky directions.

As the story develops, Calvin introduces Ruby to his mother (Annette Bening), an aging hippie who lives with a sculptor (Antonio Banderas). Bening and Banderas are playing cliches, but seem to have fun with them. Elliot Gould shows up as Calvin's shrink, but the movie works best as a two-hander between Dano and Kazan.

Although the screenplay eventually pushes into some dark corners -- which Dano is more than capable of exploring -- Ruby Sparks mostly keeps its strange and whimsical premise well within normal reach. And if you're up for it, the movie even has something to say about the appeal and perils of trying to control the one you love.