The tragic fall of Whitney Houston 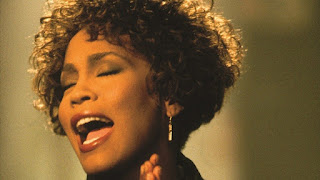 The late Whitney Houston's life followed an arc that bordered on cliche. The singer soared high and then plunged to earth in a downward spiral fueled by cocaine, possible abuse as a child and who knows precisely what else.

Directed by Kevin Macdonald and featuring formal and informal footage of the late star, Whitney follows Whitney Houston as she ascended from her days as a Newark, N.J. gospel singer to the upper reaches of the celebrity stratosphere, a place few have occupied and where even fewer have managed to take up permanent residence.

Whitney's story isn't entirely unfamiliar to those who follow celebrity news, although Macdonald does point to an incident of child abuse that may have figured in shaping the singer’s fragile personality. Houston's assistant -- Mary Jones -- understood the singer as well as anyone and says that it was none other than the late Dee Dee Warwick, a singer and one of Houston's older cousins, who molested young Whitney as a child, perhaps building the groundwork for a life in which trust wasn't easily given.

Macdonald contextualizes Houston's showbusiness life by offering flashes of events that took place during Houston's career. He also takes us deep into Houston's ill-fated marriage to singer Bobby Brown. It's arguable that Brown served as an antidote to suggestions that Houston had sold out her blackness to achieve cross-cultural fame, a claim once advanced by Al Sharpton among others.

Macdonald (The Last King of Scotland) knows how to keep a movie moving and he certainly appreciates the power of Houston's voice. Her version of I Will Always Love You became an anthem of sorts.

Speaking of anthems, Macdonald also shows Houston's performance at the 1991 Super Bowl, a goose-bump inducing version of the Star Spangled Banner that the singer hadn't rehearsed.

Whitney also introduces us to the Houston family, as well as to those who surrounded her. Eventually, Houston got crosswise with her father, John Houston, who served as her manager. We also learn about the singer's relationship with Robyn Crawford, a woman Houston's family distrusted but who is portrayed as someone who really cared about Houston. We wonder what might have happened had Houston felt freer to explore the fluidity of her sexuality without worrying about public condemnation.

Houston's mother, Cissy Houston, taught her daughter the discipline required to develop her talent but wasn't around much when Whitney was a child. Cissy Houston often took to the road, singing back-up for Elvis Presley, Dionne Warwick (also a cousin of Whitney's), Aretha Franklin and others.

You'd have to have been living under a rock not to know that Macdonald's movie is headed toward a bathtub in the Beverly Hilton Hotel, the place where Houston's dead body was found in February of 2012. The death of her daughter Bobbi Kristina Brown several years later stands as an awful epilogue to Whitney's already sad tale.

Whitney tells a tragic story -- and blame for the tragedy accrues partly to Houston and those around her and partly to a society that put her in a double bind situation. She was a gifted young woman from the ghetto suddenly propelled onto a global stage where it wasn't always easy for her to be herself -- or perhaps even to remember who she was.

Whatever you thought about Whitney Houston, you'd have to be pretty callous not to let Whitney break your heart. Her funeral took place at the New Hope Baptist Church in Newark, the place where young Whitney sang in the choir. The Voice, as Houston sometimes was known, was silenced. She was 48.