The liberals in 'The Hunt' are lethal

After a delay, this violent bit of pseudo-satire arrives in theaters. 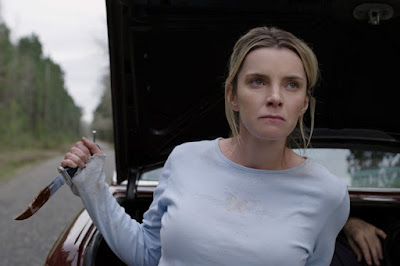 The Hunt originally was scheduled to be released last September but was delayed after mass shootings in Texas and Ohio. Violent and armed-to-the-teeth, Hunt has arrived and it’s safe to say that the movie doesn’t live up to its volatile hype.

The Hunt has one of those “what-if” premises. What if a group of liberal elites decided to join forces to hunt down and kill selected members of the various groups it finds “deplorable:" i.e, all those who fall short of the rigid political correctness standards supposedly espoused by liberals or who support an unnamed president who all elitists disdain?

As you might already have guessed, the movie matches its violence with cliches about both those it deems as champagne-sipping liberals and those it deems as backward bigots. Although presented for laughs, the stereotypes are drawn in too broad a fashion to have any real bite.

The Hunt also employs a blood-splattering level of violence, the sort of mayhem you expect from movies in which the carnage occupies the uneasy terrain between humor and repulsion.

The Hunt provides actress Betty Gilpin with a showcase opportunity and she makes the most of the it. Gilpin plays a badass woman who’s captured and hunted by the elites along with 11 others. It's all part of a lethal game. Kidnap the so-called "deplorables." Arm them for the sake of feigned fairness and then hunt them down like dogs.

Unlike her fellow sufferers, Gilpin has near superpowers when it comes to survival. The movie never shows Gilpin’s character spewing racist comments but relies on her southern accent to suggest that she might hold all the "lower-class" prejudices the movie seems to expect her to have.

Oddly, the movie turns Gilpin's Crystal into the only character for whom it's possible to root, which forces the screenplay to engage in some end-of-picture wriggling.

Director Craig Zobel (Compliance) keeps the movie zipping along, but the mixture of violence and humor and humorously depicted violence struck me as skin deep.

When Gilpin’s character squares off against the mysterious woman who runs the hunt (the actress who plays her probably is intended a surprise), the movie pretty much loses all traces of satire in favor of a no-holds-barred knife-wielding battle.

In the end, The Hunt expends most of its creative energy cooking up violent encounters; the rest, not nearly isn't as well thought out. Had The Hunt realized Gilpin’s full potential it might have jettisoned its superficial culture-wars BS and given us a female action hero worthy of a franchise.