Eastwood and Hanks team for 'Sully'

A real-life drama with stunning highlights. 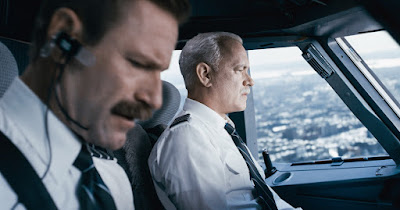 In a society riven with division, Chesley "Sully" Sullenberger qualifies as a hero nearly everyone can get behind. You remember Sully, I'm sure. In January of 2009, he made an emergency landing of US Airways Flight 1549 on the Hudson River. The feat was hailed as a heroic act of competence and daring in the face of potential disaster.

It all happened in a matter of minutes. Shortly after leaving Laguardia Airport, Sullenberger's jet was struck by a flock of geese. The plane's engines were disabled.

Sullenberger quickly calculated his chances of returning to Laguardia or making an unscheduled landing at New Jersey's Teterboro Airport. After determining that he couldn't reach either airport, Sullenberger and first officer Jeff Skiles landed their plane in the Hudson.

Miraculously -- there's really no other word for it -- all 155 passengers survived. No one was even seriously injured.

We all saw pictures of the shaken passengers standing on the plane's wings in the middle of the Hudson on a day when temperatures dipped into the 20s. We saw rescue boats scurrying to bring the passengers to safety. It was a national "Holy shit" moment, and -- for once -- it ended in a good way.

Director Clint Eastwood's Sully, which stars Tom Hanks as Sullenberger, offers stunning recreations of those events on the Hudson, but rather than move steadily toward the fateful moment, screenwriter Todd Komarnicki places them toward the middle of a film that focuses on the National Transportation Safety Board investigation that followed the landing.

According to the movie, an NTSB committee left an already shaken Sullenberger wondering whether he'd made the right decision.

Hanks' low-key performance underscores Eastwood's celebration of Sullenberger's competence and modesty, even as Hanks conveys Sullenberger's continuing bouts with doubt. Sully dreams of what might have happened had he miscalculated. He experiences post-traumatic stress, and his life is made more difficult by a relentless flood of media attention.

As co-pilot Skiles, Aaron Eckhart shows a bit more flare. He's a staunch defender of Sullenberger, and believes that the highly experienced captain had no choice but to gamble on a river landing.

Although the tension of the landing can be felt throughout Sully's entire 95-minute running time, Eastwood makes a public NTSB hearing the movie's climax, hinging its outcome on questions about the validity of NTSB computer simulations used to evaluate Sullenberger's decisions.

In a battle between human judgment and computers, there's little doubt which side Eastwood will take. I suppose the NTSB is vilified a bit -- albeit not in excoriating fashion. The NTSB investigators -- Anna Gunn plays one -- are portrayed as a panel of not-always-friendly inquisitors.

A compelling story helps Sully survive some of the problems that keep the film from total takeoff. Flashbacks to Sully's past (his start as a crop-dusting youngster and an episode from his stint in the Air Force) are inserted without great finesse, and there's little attempt to flesh-out the drama.

Despite Sully's statement that the landing and rescue reflected a team effort of which he was only a part, the movie remains a solo flight built around Sully's experiences, which include brief, troubled phone conversations with his wife (Laura Linney).

Eastwood, who has been praised by those who work with him as a no-nonsense director who knows what he wants, must have warmed to Sully, who never regards himself as a hero and who talks about what he accomplished in mundane terms: He was just doing his job.

The film compacts (justifiably, I think) the NTSB investigation, which took place over the course of 18 months -- not in the few days following the emergency landing. Besides, can you imagine the outcry that might be heard if the NTSB didn't investigate emergency water landings?

A few nuances might have given us a better feeling for such complexities, but Sully seems interested mostly in keeping faith with the unquestionable trustworthiness of its main character.

The movie also leaves you with an indelible sense of the terror and panic that would rattle you to the core if you were on a plane that was heading for water, and you were hearing fight attendants straining to overcome the sounds of a falling aircraft. "Brace. Brace. Brace," they shout in drum-beat fashion.

It's a moment you won't soon forget.