The super-rich also can be cheap

In All the Money in the World, director Ridley Scott tells a 1973 story in which the grandson of J. Paul Getty was kidnapped -- and grandpa refused to pay the ransom. 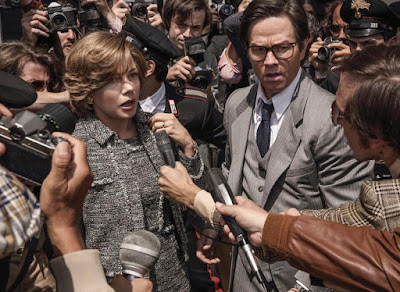 All the Money in the World stands as a triumph of sorts. With his film already shot, director Ridley Scott decided to replace Kevin Spacey in a principal role. Scott's 11th-hour decision qualifies as an act of cinematic bravado designed, I suppose, to stave off any focus on Spacey, the recent subject of much-publicized sexual abuse allegations.

So the first question: Do the seams show? The answer: Not really.

Although it's difficult not to be aware that Christopher Plummer was a last-minute addition to the production, Scott's skill and Plummer's canny performance as J. Paul Getty help create a spry thriller with plenty of pulse.

In 1973, J. Paul Getty III (Charlie Plummer, no relation to Christopher) was snatched off the streets of Rome, where he was wandering aimlessly, a long-haired hippie without much personal direction. Paul's billionaire grandfather, the world's wealthiest man at the time, refused to pay the $17-million ransom the kidnappers demanded.

It falls to Paul's mother, Gail Harris (Michelle Williams), to try to free the boy, no easy task. Divorced from her wayward husband, J. Paul Getty II (Andrew Buchan), Harris has no money of her own and doesn't really want the help of an ex-CIA operative (Mark Wahlberg) dispatched by the elder Getty to help with any negotiations to free his grandson.

We get the sense that Getty wants Wahlberg's character to clean up a mess; perhaps Getty see the kidnapping as a nuisance that interferes with his obsessive fondling of ticker tape from the markets; Getty enjoys watching his already staggering wealth increase.

Plummer, who played Scrooge in this year's The Man Who Invented Christmas, expands on his performance as a classic miser; Plummer creates a man of great wealth whose sole devotion is to things. Unlike people, things remain unchanged by any winds of betrayal. Getty collects art on a major scale but otherwise establishes himself as a world-class cheapskate. He believes that anyone can become rich, but only a select few can "be" rich.

Plummer doesn't look particularly convincing as a younger version of Getty in a few awkwardly inserted flashbacks, but those are among the few distractions in Plummer's rendition of one of history's major skinflints, a self-absorbed tycoon. In this telling, Getty values his name more than anyone who inherited it from him. He keeps a payphone in his London estate for anyone wishing to make a call. If necessary, the butler will supply change.

Young Getty's kidnapping gives Scott a premise that plays to his strengths, propelling the movie forward and creating tension.

The kidnappers eventually "sell" Getty No. III to Calabrian mobsters who hope to succeed where the first crew faltered. More ruthless than their predecessors, these second-wave kidnappers eventually cut off one of the boy's ears and send it to an Italian newspaper, affording Scott an opportunity to create a wincingly painful scene.

One of the kidnappers -- Romain Duris' Cinquanta -- develops a relationship with young Getty. Cinquanta eventually tries to help the young man who had been summoned back to Rome by his mother after spending time with his father, who -- at the time -- was immersed in drug-fueled Moroccan escapades.

Williams leads Scott's strong cast as a self-assured woman. Her Gail Harris refuses to be intimidated by Getty. A single attribute gives her leverage: She doesn't want any Getty money. Harris' crisp manner suggests that she's not the warmest person: She may not have money, but you'd never know it from her behavior.

Fine performances and the sense that the story lifts the veil on a lifestyle few of us ever will encounter help Scott sell All the Money right up until the end.

During the film's closing scenes, Scott suggests that Getty dies just as his grandson's story reaches its conclusion. Getty actually died several years later, but Scott shows Getty as a man staggering through his cavernous mansion with only his cherished possessions, a dying titan capable of seeing the beauty in a painting of the baby Jesus but unable to find any in his own children or grandchildren.

The moment feels contrived, an all-too-pat restatement of what's already been said. All the Money may not reach as powerful a crescendo as Scott probably wished, but that doesn't mean his thriller isn't involving. In a crowded holiday field, All the Money holds its own.