Catching Up: 'Slalom' and 'City of Lies'

Considering the onslaught of new releases in theaters and on streaming outlets, it's almost impossible to keep up. So, from time-to-time, I'll be running a feature called Catching Up. In it, I'll take a look at movies that I didn't review at the time of their release. 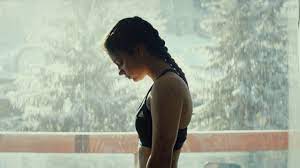 Lyz (Noee Abita) is a 15-year-old who's training to be a competitive skier. To advance her career, she attends a rigorous training facility in the French Alps. Lyz quickly develops under the tutelage of the school's ski instructor (Jeremie Renier). Director Charlene Favier carefully depicts the relationship between Lyz and a tough trainer who believes Lyz has championship potential. Renier's Fred takes a keen interest in Lyz's physical attributes: everything from weight to menstrual cycles. It's part of what he deems necessary to develop a high-caliber skier, and he goes about his work with business-like efficiency. Lyz's confidence grows but her relationship with Fred shifts. His interest in her eventually becomes sexual, allowing Favier to explore the dynamics of a relationship based partly on power.  The older Fred draws young Lyz into his world, inviting her to stay at his quarters and using the word "we" when he refers to her achievements. Favier's dizzying camera follows Lyz through her event -- the slalom -- but the heart of the story lies in showing how a relationship between student and mentor can be perverted. Credit Abita with a performance that embodies Lyz’s ambition, as well as her confusion when a coach betrays her trust.
City of Lies 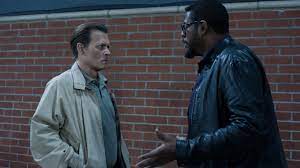 Johnny Depp and Forest Whitaker headline City of Lies, a police procedural that takes yet another look at the murders of rap artist Christopher Wallace (Notorious B.I.G.) and Tupac Shakur. The movie has been around since 2018 and just now is finding its way into release. Working form a book by journalist Randall Sullivan, director Brad Furman tells a story about corruption and cover-up in the Los Angeles Police Department. Depp portrays Russell Poole, a former detective who can't abandon his obsession with Wallace's murder. Whitaker plays the journalist who prods Poole to share his story, which Theo movie presents in sometimes confusing fashion. Poole finds himself at odds with the LAPD because he believes corrupt members of the department were involved in Wallace's murder. Much of the dialogue between Depp and Whitaker amounts to exposition -- albeit delivered in the language of the streets. Furman begins the story when a white undercover cop (Shea Whigham) shoots a man, later identified as an undercover cop,   during a road rage incident.  All of this takes place against a backdrop tainted by the Rodney King beating and the LAPD’s Rampart scandal. Whitaker does what he can to create a character of interest opposite Depp's equally solid portrayal of a loner whose path to the truth has been blocked at nearly every turn. Overall, City of Lies seems more intent on wallowing in LA grit than in finding a powerful through-line for its two stars and the large cast that surrounds them.