'Beauty and the Beast:' One more time

Disney's reprise of its 1991 animated hit should please old fans and make some new ones. 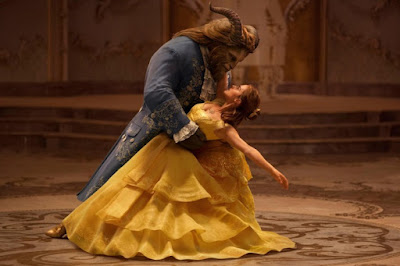 The idea that love can break the spell of a powerful curse sounds as familiar to us as fairy tales themselves. In the case of Beauty and the Beast -- as imagined by Disney in a new live action version of its 1991 animated edition -- the Beast, a callous prince who has been cursed by a haggard old woman, must find love before the last petal drops off a rose kept in his dank castle. Absent such a love, the Beast and a gaggle of courtiers who've been turned into inanimate objects forever will be doomed to their cursed fates.

Disney's lavish remake its 26-year-old animated classic, Beauty and the Beastt, created little by way of anticipatory excitement for me. I'm no fan of remakes that take advantage of advances in digital technology just to wow us, in this case with talking versions of a clock, a teapot, a candelabra and a feather duster. And, yes, these digitally created do-dads probably show more personality than some of the story's human characters.

Having said that, this version -- starring Emma Watson (Beauty), Dan Stevens (Beast) and directed by Bill Condon (Dreamgirls) -- has enough whimsy and amusement to satisfy those who also will be buoyed by reprises of the Alan Menken/Tim Rice musical numbers -- with a couple of new additions.

Much of the credit for the movie's engaging collection of talking bric-a-brac goes to the actors who supplied the voice work: Emma Thompson voices Mrs. Potts, the teacup; Stanley Tucci gives life to as Maestro Cadenza, a harpsichord; Gugu Mbatha-Raw adds her vocal prowess to Plumette, the feather duster. The voice behind Cogsworth, the clock, belongs to Ian McKellen; and Ewan McGregor can be heard as Lumiere, a dashing candelabra.

Condon spices things up with references to Busby Berkeley, a ton of production design, a major investment in costumes and a generally capable cast that includes Luke Evans as the impossibly conceited and ultimately duplicitous Gaston and Josh Gad as his loyal sidekick LeFou.

You've probably read that Disney has made LeFou a gay character. That may be daring for a Disney version of Beauty and the Beast, but nothing in this upbeat entertainment seems designed to take the glow off the movie's mass-appeal luster.

The film even neuters the Beast, who has been given a leonine countenance -- with horns and bad teeth added for the sake of fright. This Beast makes threats on which he fails to deliver, and isn't quite as self-assured in his menace as you might expect.

Still, he's softened by Beauty, and by the end, it's difficult to say that anyone would mind if the Beast remained a beast rather than returning to his more Disnified form as a devilishly handsome prince.

In a nice touch, Beauty and the Beast begin their rapprochement when Belle (Beauty) discovers that the Beast has a well-stocked library. She's an avid reader, evidently the only one in the tiny village she and her father (Kevin Kline) call home.

There have, of course, been numerous versions of this 18th century tale from Gabrielle-Suzanne Barbot de Velqleneuve, including Jean Cocteau's landmark 1946 version, but classic stories seem capable of enduring as many retellings as anyone possibly could desire.

This one opts for a visual razzle-dazzle that plays against Watson's plucky but somewhat ordinary Belle. I wouldn't say that Condon and company achieve perfection, but they've provided a lively, entertaining version of Disney's animated entry from the 1990s.

If we were going to have another Beauty and the Beast, I'm not sure what more we could have justifiably asked or expected.