It may not be a classic, but this animated feature offers the season's most kid-friendly entertainment. 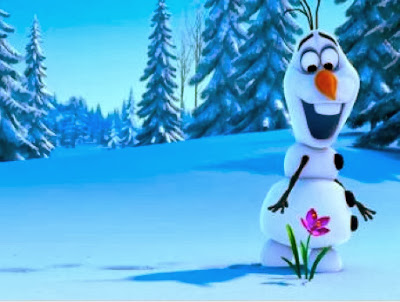 Although it falls short of Disney's best, Frozen should generate plenty of PG enthusiasm in a season otherwise lacking in entertainment for kids.

The story involves Queen Elsa (Idina Menzel), a blonde beauty whose magic touch turns everything to ice. To protect her adoring younger sister Anna (Kristen Bell) from being turned into a frozen ice statue, Queen Elsa retreats to a palace that's far removed from the kingdom of Arendelle -- but not before encasing the whole country in the perpetual frost of an endless winter.

Bell's Anna, who's being pursued by a handsome prince (Santino Fontana), refuses to accept her sister's rejection.

With help from the hardy Kristoff (Jonathan Groff) and his trusty reindeer Sven, Anna sets out to find her sister and persuade her to return to her throne. A reindeer named Sven? Yeah, I liked that, too.

Surely, there's a way for the two sisters to reunite so that Elsa can rule without converting her kingdom into a year-round ice rink.

Every animated feature needs a cute comic character: In Frozen, that duty falls to a snowman named Olaf (Josh Gad), who adds a bit of humor. Olaf faces an inherently existential problem: He longs to see summer, the season would spell his quick demise.

Directed by Chris Buck and Jennifer Lee, Frozen makes room for friendly trolls, as well as a bit of action. And only the most sensitive of youngsters will be traumatized by a hulking snow monster that defends the queen's ice palace.

The movie's musical numbers were written by Kristen Anderson-Lopez and Robert Lopez, and, like Frozen, they can be a little heavier on energy than enchantment.

If you're looking for resonance and fairy-tale subtext, you'll have to search elsewhere. Frozen's pleasures are pretty much on the surface. But that's no reason to discount kick the that you probably will find.