A powerful look at a shooting on campus

The documentary, Tower, takes us back to the day in 1966 when a lone gunman shot up the University of Texas. 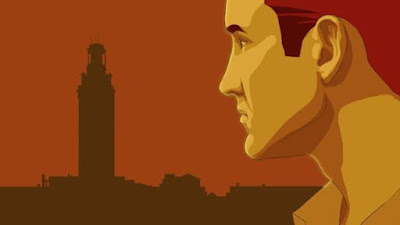 In many American movies, the sound of gunfire has been exaggerated to the point of meaninglessness. Sitting through one violent set piece after another has numbed us to real-life impact of bullets.

This is not the case with the powerful new documentary Tower, which deals with the events of Aug. 1, 1966, a day on which former Marine Charles Whitman ascended the tower that overlooks a spacious concrete mall at the University of Texas. From his perch, Whitman began picking off students.

Before an Austin police officer killed Whitman, he had shot 49 people, killing 16 of them.

Director Keith Maitland's approach to the events of that August day involves rotoscope animation, archival footage and interviews with some of the people who lived through Whitman's attack. The resultant movie stands as one of the year's most powerful efforts.

Perhaps that sounds unlikely. How could a partially animated film, even one in which Whitman's victims discuss what happened to them, be so effective?

There are two reasons, I believe: The testimony of survivors (read by actors) and the sound of rifle shots echoing across the mall. Personal accounts of what happened that day are revealing and moving. Hearing shots echo across the mall enables us to feel the terror associated with every bullet -- not to mention the pain and shock of those who witnessed Whitman's slaughter.

And for once, the focus isn't on the shooter: Whitman receives virtually no attention. This approach makes sense because, at the time, the victims had no idea who was shooting at them. All they knew was that the unthinkable suddenly had become real.

We meet news reporters, police officers, and students -- all of whom were living through a scorching but uneventful day until Whitman opened fire.

The story of Claire Wilson stands out. The 18-year-old Wilson was shot while walking across the mall with her boyfriend. She was five months pregnant. Her boyfriend was killed, but Wilson survived while lying on the concrete on a 100-degree day. Her baby died in her womb.

It took an hour and a half before anyone ventured to help her -- and that leads us to an important realization: When terror strikes, people respond with a mixture of heroism and hesitation.

Tower offers no judgement about any of this: We understand that anyone who might have ventured out onto that mall to help Wilson instantly would become a target for Whitman.

Still, one young woman approached Wilson and played dead on the concrete. She bolstered Wilson's spirits. Eventually, a young man risked his life to help with the rescue.

The film also reminds us that events that we tend to view as discreet never really end -- certainly not for those who were involved. The emotional wounds of that horrific day in Texas run deep.

Credit Maitland with achieving something that few films ever accomplish: He makes us feel violence, not just observe it. He also makes us aware of the lingering agonies of those who remain to talk about it.

The events that are depicted in the movie took place half a century ago, yet Maitland keeps them as vivid as if they were happening now. That makes Tower not only impactful, but essential.