Can the wounds of war ever heal?

Director Francois Ozon's Frantz examines grief in the aftermath of World War I. 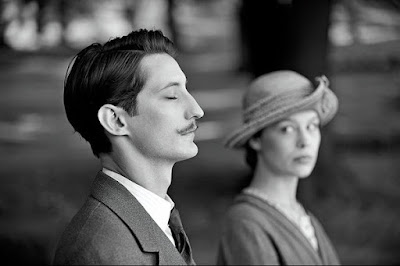 Whenever I thought director Francois Ozon's new movie about coping with grief after World War I was being a little too explicit, Ozon introduced something that changed my mind: a plot development, a character revelation or an unexpected nuance.

In telling a story that takes place before the wounds of war have begun to heal, Ozon (Under the Sand and Swimming Pool) draws us into the world of his characters and into ourselves, posing a question that should make for much post-movie debate. What would we do if we found ourselves dealing with the same situation as Ozon's characters?

Using black and white and vivid color to contrast times of unbearable grief and fleeting forgetfulness, Ozon renders a beautifully subtle surface that masks the agonies that lie beneath.

Anna (Paula Beer) is a young German woman who lost her fiancé (Anton von Lucke) during the war. Anna now lives with her late fiance's parents (Ernst Stotzner and Marie Gruber). Most of the movie takes place in a small German town where the scars of war aren't readily visible, but where no one has begun to move on.

Each day Anna visits the grave of her beloved fiancé, Frantz. She's wearing her grief like armor against the world: A local from the town (Johann von Bulow ) wants to court her, but Anna avoids relationships. Besides, von Bulow's Kreutz comes across as a bit of a creep.

The daily lives of Anna and the dead man's parents are interrupted when a French soldier (Pierre Niney) arrives in town. He, too, visits the grave of the fallen Frantz. Ultimately, he begins to associate with Anna and with Frantz's parents. He tells them that he and the late Frantz met in Paris before the war. They shared cultural interests, became friends, but were separated when the fighting broke out.

Ozon raises questions that heighten involvement in the story. Were Frantz and Niney's Adrien lovers? Had Frantz hidden this part of himself from both his fiancé and his parents? What precisely was the connection between Frantz and Adrien?

No fair telling more, but know that the drama unfolds against a backdrop of residual German resentment toward the French. Frantz's father initially greets the visitor with undisguised hostility. But Frantz's mother, desperate to learn about her son's life as a student in France, wants to hear what Adrien has to say.

Slowly, Anna begins to awaken. She may even be developing a romantic interest in Frantz, a situation that raises eyebrows among her neighbors, who can't accept the humiliations of defeat.

Eventually, Adrien departs for Paris. After a time, Anna follows, and we expect that these two will console each other; both have experienced what they view as the pointless carnage of war.

I won't tell you about the obstacles Anna and Adrien face, although you'll surely consider one of the major ones as you speculate about what you're watching.

Directed with welcome sensitivity, Frantz might have borrowed a title from director Mike Leigh. Secrets and Lies would have been appropriate, and those familiar with cinema will recognize that Ozon and his writing collaborator, Philippe Piazzo, have reworked Ernst Lubitsch's 1932 drama, Broken Lullaby. But it's not necessary to know anything about the film's predecessor to appreciate what Ozon and his fine cast have accomplished.

They've taken us deep into the lives of characters who live in the past, but whose emotions still feel painfully alive.