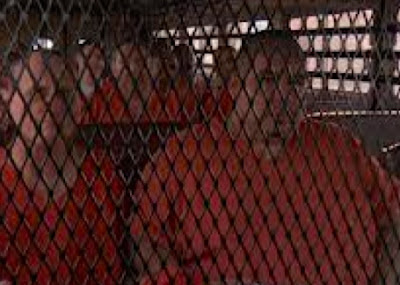 My taste for drug-riddled crime movies may be far too indulgent. Perhaps it's time that I stopped viewing such movies (the British movie Pusher qualifies as a recent example) as viable forms of entertainment. I reached no conclusions, but thought about the matter while watching Eugene Jarecki's potent new documentary The House I Live In. Jarecki has taken a persuasive look at ravages inflicted on many Americans by the country's apparently endless and extremely costly war on drugs. Some of the movie's tilt derives from Michelle Alexander's book, The New Jim Crow, Mass Incarceration in the Age of Colorblindness. Alexander, who teaches law at Ohio State University, is interviewed in Jarecki's movie, along with many others, including David Simon. (The title of Alexander's book gives you a decent idea of where she stands.) Before creating The Wire, Simon reported on cops and crime in Baltimore, which is to say he has been a war correspondent in America's battle against drugs. Jarecki began the movie when he decided to learn more about Nannie Jeter, a woman who worked for his family as a housekeeper in New Haven, Conn. Jarecki says he thought of Jeter as a kind of second mother. As it turns out, Jeter lost a drug-addicted son. Jarecki effectively lifts his movie from the anecdotal to the global, augmenting the movie's personal focus with lots of beefy information about the ways in which the drug war has masked consequences that have ravaged minority communities and, more recently, working class white communities. I don't know if it's fair to go quite as far as someone such as Simon, who calls the drug war a slow holocaust, but there's little question that the U.S. war on drugs -- which has been going on longer than any other war the country has fought -- has been a failure, leading mostly to the creation of a profitable prison-based economy that keeps a variety of small towns thriving and also has led to the establishment of private corrections firms. In the face of the failure of so many of its stated goals, it's difficult not to wonder why the drug war persists. This steadfast commitment to failed policy makes the conclusions Jarecki reaches powerfully plausible -- and deeply unsettling.

Posted by Robert Denerstein at 10:19 AM

Email ThisBlogThis!Share to TwitterShare to FacebookShare to Pinterest
Labels: David Simon, Eugene Jarecki, Michelle Alexander, The House I Live In, war on drugs