The couple that changed the law

Loving tells the story of ordinary people deprived of justice because of race. 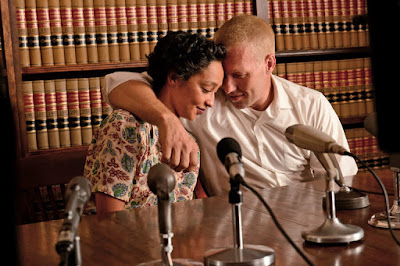 After the Obama presidency, it may be difficult for younger audiences to realize that it wasn't until 1967 that the Supreme Court set aside Virginia laws prohibiting interracial marriage such as the one that produced our 44th president.

In the new movie, Loving -- named for Mildred and Richard Loving, the couple at the heart of a groundbreaking case -- director Jeff Nichols works in a deliberately muted style that pushes away melodrama and allows us react to the movie with an appropriate sense of outrage and empathy.

Nichols wisely gives his movie an abiding quality of ordinariness as he tells the story of a white man (Joel Edgerton) and a black woman (Ruth Negga), two Virginians who, in 1958, skirted Virginia law by traveling to Washington, D.C. for their wedding.

After a brief foray back to their home state, the Lovings settled in Washington, D.C. as they searched for a less troubled life. In 1963, they decided to return to Virginia, and their problems re-surfaced.

Edgerton gives a quietly staunch performance. No crusader or civil rights champion, Richard is an average guy who loves his wife.

As the story develops, Negga's equally reticent Mildred develops more of a political consciousness, but Nichols's point is clear: In a more just society, we never would have heard anything about these two people.

Richard would have spent his time working, being a good father and tinkering with cars; Mildred might have been a typical '50s wife and mother.

Although Nichols (Take Shelter, Mud) resists the temptation to turn the movie into thundering court room drama, we do meet the lawyers (Nick Kroll and Jon Bass) who took on the case. They became involved when Robert Kennedy, to whom Mildred had written about her plight, referred the case to the American Civil Liberties Union.

Michael Shannon plays the Life Magazine photographer who took an iconic photo of the Lovings that helped bring them to national attention, but the Lovings mostly wanted to live freely (and anonymously) in Virginia. They wanted to be near their respective families, and Mildred didn't much like city life.

Throughout its legally and morally resonant story, Loving remains rooted in the lives of two people who clearly would have been happier had they been allowed to pursue the kind of lives that most of their fellow citizens were able to take for granted.