Can a divorce really be amicable? 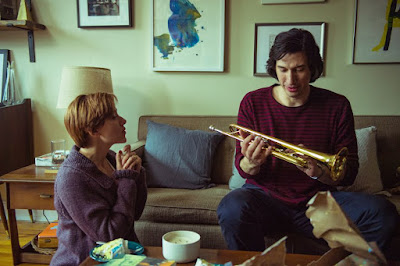 In a divorce, it eventually becomes clear to one or both partners that the person in whom they had placed their trust no longer is the person they believed them to be. Suddenly, the most intimate person in one's life becomes an unfamiliar antagonist.

This isn't true of every divorce, but it's the underlying dynamic that drives Marriage Story, the latest movie from director Noah Baumbach (The Squid and the Whale, Frances Ha, The Meyerowitz Stories. The always insightful Baumbach tells the story of two creative types who love each other, but whose marriage has run out of gas. Nicole (Scarlett Johansson) has decided that her acting chops have sustained the career of her husband (Adam Driver), an acclaimed experimental theater director. Driver's Charlie reaps the rewards and adoration. She's an also-ran.

Eventually, the situation proves intolerable for Nicole -- that and the fact that Charlie has slept with a member of the Manhattan theater company he runs.

To pursue her career, Nicole moves to her hometown, Los Angeles, a city that Charlie loathes. She eventually lands a big role in an important TV show.

For his part, Charlie's career begins to stall and he can't accept the idea that his family, which includes a young son (Azhy Robertson), no longer can call itself New York-based.

Baumbach begins the movie with a nifty bit of trickery. We hear the content of letters in which each of the spouses lists the good points about their mate. The movie then undermines what seems an expression of love and goodwill by telling us that these letters were written at the suggestion of a mediator after the couple agreed to divorce.

The movie is less the story of a marriage than the story of a break-up. What appeared to be a good marriage was fraught with difficulties, the most important being Charlie's self-absorption. Early hopes for an amicable divorce eventually wind up in the hands of lawyers.

Laura Dern portrays Nicole's lawyer, a shark who knows how to find blood in the water and move in for the kill, isn't afraid to soften her hard edges. Ray Liotta turns up as Dern's male counterpart, another lawyer whose strategy involves biting into the nearest jugular. Liotta's character takes over after Charlie tries to do business with a reasonable, realistic lawyer, a terrific Alan Alda in full mensch mode.

Baumbach works hard to turn Marriage Story into an equal opportunity movie for each side. He evidently doesn't have a taste for the kind of drama that rips us apart, and he introduces comic elements that stem from Nicole's mother (Julie Hagerty) and her sister (Merritt Wever).

An attempt at farce in which Wever's character serves Charlie with divorce papers is overwrought to the point of annoyance. And there are two instances of characters doing musical numbers that easily could have been cut from a movie that doesn't quite know when to end. But I guess you could say the same about Charlie and Nicole's marriage.