As it turns out, 2018 was a better than average year for movies that provided both provocation and entertainment. I've never been big on lists but tradition finds film critics making 10-best lists and I've been doing them ever since I started reviewing back in the 1980s. So, without any undue fanfare, here's this year's list. You can use the search feature at the top left-hand corner of this blog to look up the original reviews for the mentioned movies. Even better, you can make your own list. 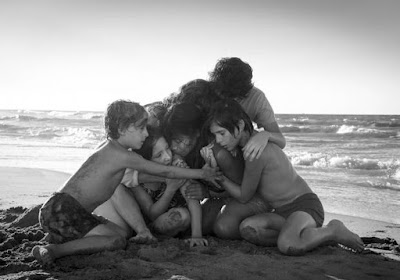 Director Alfonso Cuaron's memory movie rightly has been called a "masterpiece." In a movie that juxtaposes intimate moments with images that reveal a broader social context, Cauron's visually brilliant movie immerses us in the lives of a family and the live-in maid who keeps the wheels of the household turning. One of two movies on my list shot in black-and-white. (Cold War is the other.) 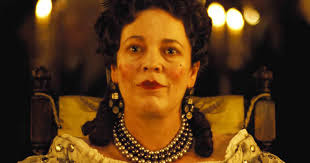 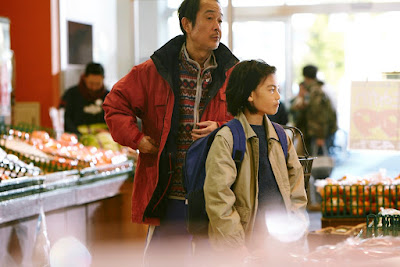 This understated and quietly insinuating Japanese film from director Hirokazu Kore-eda introduces us to a family that shoplifts to eat and, in the process, involves us the lives of people who've been marginalized by the larger society. 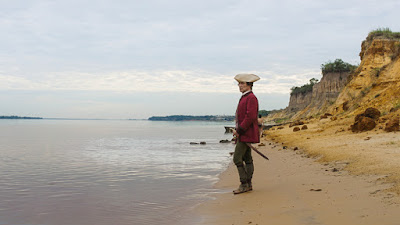 Don Diego de Zama (Daniel Gimenez Cacho) faces a spiral of decline in Argentine director Lucrecia Martel's biting examination of colonialism in South America and of the crushed hopes of a Spanish administrator who loses everything he values. 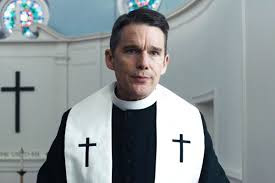 Director Paul Schrader's film examines the tormented soul of a pastor whose life stands on an altar built from personal guilt. Schrader's movie benefits greatly from a bracingly austere performance by Ethan Hawke as a man grappling with despair.

6. The Death of Stalin 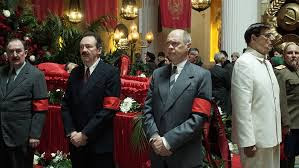 For my money, director Armando Iannuci made the year's most scathing comedy, a look at the how the Soviet hierarchy jostled for position after the death of Joseph Stalin. It never would have occurred to me to cast Steve Buscemi as Nikita Khrushchev, but Iannucci got it exactly right. 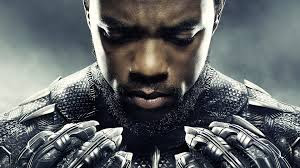 A landmark addition to the Marvel Comics galaxy that brought enthralling spectacle and a sense of ethnic pride to a overworked genre while adding to the resume of Chadwick Boseman, an actor whose work in movies -- from 42 to Get on Up to Marshall -- has been exceptionally strong and, I think, under-appreciated.

8. Sorry to Bother You

Director Boots Riley's vibrant satire takes on the world of telemarketing -- and much more. Yes, the movie tended to be a bit overstuffed, but -- with help from a lead performance by actor Lakeith Stanfield -- Sorry To Bother You took a mocking look at a cultural moment you easily might dub "2018." 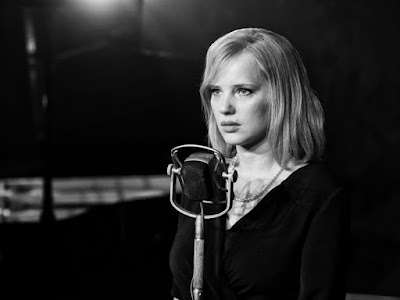 Director Pawel Pawlikowski follows his Oscar-winning Ida with this look -- shot in beautiful black-and-white -- at a long-running affair in which the lovers are buffeted by historical forces and their reaction to themn. Joanna Kulig gives a stunning performance as a singer whose spirit the barely can be contained by the movie. 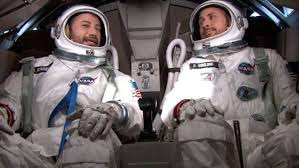 I may be in a minority here, but I admired First Man far more than director Damien Chazelle's La La Land. Chazelle did a fine job of showing the insular determination it took to make Neil Armstrong (Ryan Gosling) the first man to step onto the moon.

Honorable Mentions: Capernaum, If Beale Street Could Talk, The Sisters Brothers, BlacKkKlansman, and Birds of Passage.

Hi. I write you to beg please consider Spike Lee for @CriticsChoice to Best Director category for his brilliant film BlacKkKlansman. It's his time. Cuarón has already won 2 awards and Lee does not has any. How much time will have Lee wait to be recognized? #NotCriticsSoWHITE please. Spike Lee deserves the recognition so much.