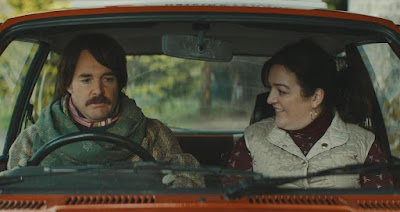 I can’t tell you how little I wanted to see another movie that deals with demons and ghosts — that is until I saw Extra Ordinary, an Irish movie with the good sense not to take itself (or its subject) seriously. Irish comedienne Maeve Higgins plays Rose Dooley, a woman who hides her paranormal gifts by working as a driving instructor. Rose comes by her powers naturally; her late father (Risteard Cooper) made his mark as a man who could commune with ghosts. Enter Martin (Barry Ward), a widower who can’t get rid of his late wife’s ghost. Martin’s daughter (Emma Coleman) gives her father an ultimatum: Either find an exorcist or she’s going to split. Rose initially resists Martin's request for help, but signs on after Coleman’s character falls prey to a once-popular musician (Will Forte) who’s trying to make a Faustian bargain to restore his popularity. The musician's foul plan involves the sacrifice of a virgin. In their debut outing, directors Mike Ahern and Enda Loughman give Extra Ordinary the right twisted spin. An adept cast makes the ridiculous amusing as Extra Ordinary takes supernatural flight. Alfred Hitchcock often found amusement in the way his characters were forced to deal with corpses. Ahern and Loughman do the same — only with the body of Martin’s levitated daughter. Enjoy. 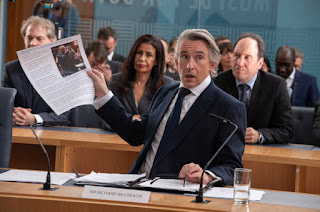 Director Michael Winterbottom and actor Steve Coogan, collaborators on the Trip series of comic travelogues, again team for Greed, a satirical look at a wealthy man who uses the fashion business to finance a series of businesses that keep him in cash even when they fail. Sporting a set of gleaming predatory choppers, Coogan plays Sir Richard McCreadie, an entrepreneur who also happens to be an unredeemable jerk. Winterbottom sets the story against the backdrop of Mykonos, an island paradise where McCreadie is preparing for his massive 60th birthday party, complete with the creation of a mini-coliseum -- lion included. The guests will wear (what else?) togas. The story skips around in time to show us how McCreadie evolved from a conniving kid to a greedy adult. It’s impossible to watch Greed without thinking about movies such as The Big Short and Laundromat, both of which took better aim at corporate avarice and wealth disparity. A group of Syrian refugees camped on the beach in front of McCreadie’s island digs presumably is meant to expand the movie's social reach. No faulting the cast, but this is well-worn material, presented by Winterbottom with comic buoyancy that also feels familiar. Oddly, the end credits — which detail the vast gap between underpaid garment workers and the companies that profit from their labor — proves the affecting part of the movie.