Life is no picnic for this gig worker 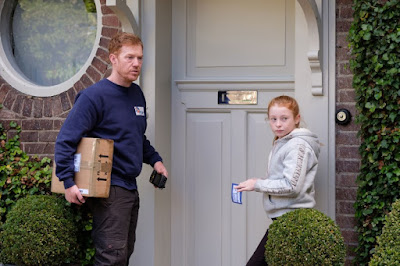 It’s sad, disturbing and more than a little depressing.

So why am I suggesting that this is the perfect time to watch director Ken Loach’s Sorry We Missed You, an unflinching look at the troubles that befall those who work in the gig economy? With much of the country sheltering in place, there couldn’t be a better time to examine the plight of those who make deliveries to our now-isolated homes.

I’m not suggesting that the story of Ricky Turner (Kris Hitchen) is representative of everyone who works for a service that delivers all manner of packages. But credit Loach with taking a potent look at the difficulties of families that live hand-to-mouth without ever getting ahead, a circumstance not confined to the gig world.

Typical of Loach, Sorry We Missed You — the title derives from notes left for those who aren’t home — the movie consists of an accumulation of incidents, in this case, a mounting series of economic and domestic problems faced by a beleaguered family.

Hoping to become a master of his fate, Ricky buys a van and signs up at a delivery company managed by a tyrant (Ross Brewster), a taskmaster who cares only about keeping up the delivery rate at his depot.

The “opportunity” is a bit of a sham. The company doesn’t have "employees;" it has “franchisees.” Delivery people work under the guise of being independent mini-entrepreneurs who control their own destiny. In reality, they’re exploited and abused by a rigged system that exhausts them without bringing the promised rewards.

Working from a screenplay by Paul Laverty, Loach carefully explores the various ways in which Ricky’s family is victimized by economic circumstances.

Mom (newcomer Debbie Honeywood) works for an outfit that offers in-home care; she tends to people who can’t fend for themselves. Some are appreciative; some are abusive, but she treats all of them with empathy and near-saintly amounts of patience.

To make Honeywood’s Abby’s situation even worse, she must take busses to the various folks she visits during her long workdays. She had a car, but it was sold to provide the down payment for Ricky’s van.

None of this would matter if we didn’t feel for these people. Ricky and Abby are decent folks who want nothing more than to earn a living, buy a house and live without constant worry about how they'll make ends meet. They're willing to work hard for these modest goals. They want no handouts, just a fair shake.

So, yes, this is the time to think about those who must struggle to survive and the toll that such battles take on families, even when there is no coronavirus.

Now 83, Loach always has been a champion of the working class. His extensive filmography includes movies such as Riff-Raff (1991), Ladybird, Ladybird (1994), My Name is Joe (1998) and I, Daniel Blake (2016). We’re lucky that Loach has been able to keep his career going for more than four decades, focusing on people who don't often find their way to the screen.

Sorry We Missed You won’t elevate your spirits. It hasn’t been made so that you could feel better about the world. But it will broaden your understanding of what it means to barely survive, a condition far more Americans soon may be facing.