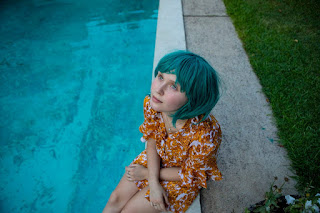 Talk about a parental nightmare. Your 16-year-old daughter falls for a 23-year-old drug user without a home. He's tattooed, sports a mullet, and doesn't seem to give a damn about anything. His name is Moses. That's the set-up for director Shannon Murphy's Babyteeth. But wait. There's more. Milla (Eliza Scanlen), the teenager in question, is no ordinary kid. She's got terminal cancer. So Milla's parents (Essie Davis and Ben Mendelsohn) face a problem. How do you say "no" to a kid who can't ruin her future because she doesn't have one?  Another teenage weepy about a kid with a terminal disease? Not exactly. Working from a screenplay by Rita Kalnejais, Murphy adds whimsical stylistic flourishes and enough emotional realism to upset expectations. A pianist who abandoned her musical career, Mom is about to drown in deep emotional waters. A psychiatrist by trade, Dad is so overcome with trepidation about what looms that at one point he gives himself a shot of morphine. Parental performances are strong but the movie belongs to Scanlen and Toby Wallace.  Wallace gives Moses lots of rough appeal. You never doubt that a good kid lurks beneath Moses' bad-kid surface. Babyteeth is the kind of movie you might approach with dread, but one that turns out to be more creative than you initially might have imagined. None of the characters want to be boxed-in by cliche. If Scanlen's name rings a bell, it might be because she played Beth in Little Women, one of last year's best-received movies. 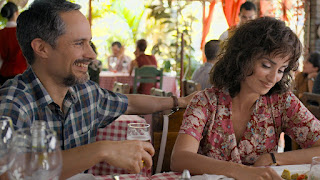 If you're looking for a good movie by director Olivier Assayas, you might want to try 2005's Summer Hours. I wish the same could be said for Assay's latest, Wasp Network, now showing on Netflix. Having already teamed with Assayas in 2010's Carlos, Edgar Ramirez plays a Cuban who in the 1990s leaves his wife (Penelope Cruz) and daughter to defect to the US. As we later learn, Ramirez's Rene Gonzalez is part of a Castro-conceived program to infiltrate Miami Cuban circles that carry out oppositional activities against the regime. A muddled narrative brings the so-called Wasp Network program to light, introducing two additional characters. Gael Garcia Bernal portrays team leader Gerardo Hernandez and Wagner Moura portrays a slick operative who takes a Cuban-American wife (Ana de Armas). Assayas seems to be aiming for epic scope, but can't put the pieces of the movie together in a way that staves off confusion. Although she doesn't get as much screen time as the men, Cruz makes a strong impression as a woman wounded by her husband's defection and betrayed by the revolution she avidly supports. The same goes for de Armas, another woman whose life becomes collateral damage as the plot unfolds. The performances are all strong, some of its scenes connect and the movie looks great, but Wasp Network registers as a misfire from a fine director and an extremely good cast. 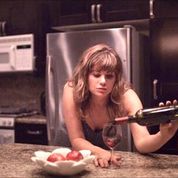 Henrietta (Kimberley Datnow) moves from London to Los Angeles when she's summoned to join the board of her late father's firm. It seems that Henrietta -- who aspires to be a stand-up comic -- once lived with her dad and attended school in LA. That’s convenient because Henrietta has friends from back in the day, which means the movie has a supporting cast. Alice (Alice Carroll Johnson), one of Henrietta’s old pals, tries to convince a small group of reunited friends that she's a successful talent agent. In reality, she's a gay woman trying to make ends meet by providing non-sexual companionship for a benevolent Sugar Daddy who misses his late wife and only seems to want someone with whom he can watch TV. When Henrietta moves into her father's LA house, she learns that Nolan (Tanner Rittenhouse) also lives there. He works for dad's company and developed a relationship in which Dad became a kind of mentor. Henrietta's attempt to reunite with an old boyfriend goes nowhere. Director Laura Holliday never convinced me to care about any of this or to believe that Henrietta had real comedy chops. That would have been fine had Daddy Issues been a movie about the difference between wanting to do stand-up and actually pulling it off. Somewhere, there’s a movie here, but no one seems to have found it.