A ridiculous remake of 'Red Dawn'

It may be updated, but it's not a whole lot smarter. 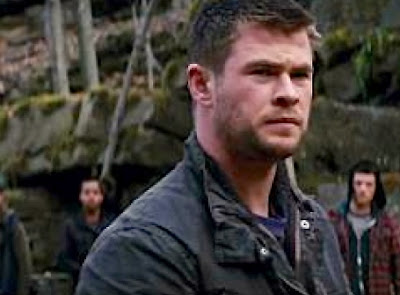 During the recent election, a large number of economically distressed voters expressed concern that the U.S. was on its way to becoming Greece. If these deficit hawks pay attention to the updated remake of 1984's Red Dawn, they'll discover just how wrong they were. The U.S. -- the movie warns -- might be turning into North Korea.

Can't you see it? All of us lined up before some impersonally massive government building as grim-faced soldiers parade missiles through our streets? And everywhere we'd look, there'd be posters denouncing corporate corruption and greed -- and they wouldn't have been posted by the Occupy Movement but by our fiendish North Korean overlords.

If you haven't already figured it out, let me say it more clearly: The 2012 edition of Red Dawn is a violent and ludicrous movie in which teen-agers spout aphorisms about saving the homeland.

Now, the 1984 edition of Red Dawn -- a movie that has gathered a devoted following over the years -- was also preposterous, but at least it had a muscular foolishness about it, perhaps because it was co-written and directed by John Milius, who -- among other achievements -- wrote Conan the Barbarian and co-wrote Apocalypse Now. According to IMBd, Milius is not done: His script for Genghis Khan is in pre-production.

In Red Dawn, Milius dropped many of his usual concerns down the age ladder to tell the story of a group of teen-agers who defended their midwestern town from a Soviet invasion.

This time out, director Dan Bradley, who seems to have spent most of his career as a stunt coordinator, shifts the villainy to North Korea.

Well, maybe it's understandable. According to the Hollywood Reporter, the Chinese were supposed to be the villains in the new movie, but China was deemed too lucrative a market to be cast as the latest embodiment of evil. The North Koreans, who don't seem to have many ardent friends in the world, must have seemed a safer bet.

This time, a group of teen-agers from Spokane, Washington -- led by the Marine brother (Chris Hemsworth) of one of them -- battles North Koreans who parachute into their town and begin pasting anti-capitalist slogans all over the place. These fiends are led by Captain Cho (Will Yun Lee), a handsome but diabolical sort who isn't above shooting resisters at point black range.

Spurred on by Hemsworth's character, the teens adopt the methods of Iraqi insurgency -- conducting raids and planting lethal IEDs. They begin to attack the North Koreans, who you'd think would have more to do than worry about a bunch of kids hiding in the woods.

An undistinguished cast includes Josh Peck, as the football playing brother of Hemsworth's character. Connor Cruise portrays the son of Spokane's mayor, a politician who collaborates with the North Koreans.

As if adding a new Red Dawn to the culture weren't enough of an affront, the movie savages itself, chopping the action into indecipherable chunks that it runs through an editing meat grinder.

The guerrilla fighters take the name of the town's football team, dubbing themselves "Wolverines." I wish that this had been a high-school football movie because then it would probably only have been hackneyed instead of being violent, silly and dumb.