Much style, too little payoff

Gore Verbinski tries his hand at stylish horror in A Cure for Wellness. 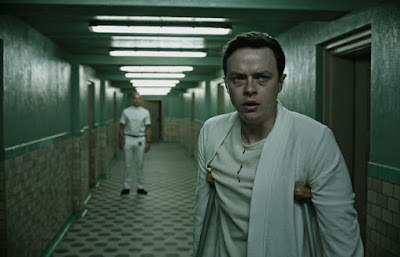 Director Gore Verbinksi's three Pirates of the Caribbean movies demonstrated a rare flare for visually based comedy -- not just sight gags, but intricately designed sequences in which the gags dropped like pins in a bowling alley. Verbinski later entered the world of offbeat animation with Rango, a story about a chameleon who poses as a tough loner in a dizzyingly off-kilter version of the Wild West.

So, despite the fact that we're bobbing in the dull waters of a pre-Oscar lull, there was reason to hope that Verbinski's latest -- a highly stylized hunk of horror called A Cure for Wellness -- would be eccentric enough to merit attention.

No, I haven't forgotten Verbinski's version of The Lone Ranger, but who in Hollywood isn't entitled to a mega-mistake?

Those looking for intriguing imagery won't be disappointed by A Cure of Wellness, which makes the most of Bojan Bazelli's stunningly suggestive cinematography. But at two-and-half hours in length, this increasingly taxing thriller suggests more than it delivers and finally goes up in flames (literally) in what amounts to a bust of a payoff.

Cast in the movie's central role, Dane DeHaan, a veteran of HBO's In Treatment, makes you wonder whether he has the right stuff to carry a movie. DeHaan, who appears in nearly every scene, plays Lockhart, an ambitious but callow young executive with dubious ethical standards.

Early on, Lockhart receives an odd assignment; he's sent to a spa in the Swiss Alps to retrieve his company's CEO (Harry Groener), a man who refuses to return to the US to sign off on a pending and very lucrative merger. The CEO claims that he's seen the light, and no longer gives a damn about business.

Obviously, complications ensue for poor Lockhart. The spa's head doctor (Jason Isaacs) won't allow Lockhart to see the reclusive CEO, much less cart him off the premises. As the movie progresses, Isaacs' Volmer tries to convince Lockhart that he, too, is ill, and should avail himself of the doctor's wondrous cure.

Much effort has gone into showing the strangeness of the spa environment: With its eerie hallways, the place seems more like a mental institution than a retreat where the guests guzzle the local waters, traipse around in bathrobes and play croquet.

Lockhart also meets Hannah (Mia Goth), a strange young woman who seems to hold the key to the movie's central mystery -- which, as it turns out, is not nearly as unexpected as the filmmakers may have think.

Before reaching its overstated conclusion, Justin Haythe's screenplay has dabbled in a variety of twisted developments that include a horrific scene in a dental chair that recalls Dustin Hoffman's torment in Marathon Man, attacks by flesh-eating eels, an obsession with water, and a fairly major letdown at the end when Verbinski serves up heaving sprays of over-the-top expression.

Throughout, the movie spends time condemning the all-American tendency to sacrifice life for work, but the theme doesn't amount to much after an opening prologue in which a broker, working late at night in an empty Manhattan glass tower, keels over and dies of a heart attack.

About halfway through Verbniski's slow-moving dirge of a movie, I made a note to myself. "No matter how artful the setup (an it is plenty artful), a movie such as A Cure for Wellness depends on having one hell of a payoff. Sadly, it doesn't.