Their love spurred an international affair

A United Kingdom stars David Oyelowo and Rosamund Pike as an interracial couple in the midst of a political storm. 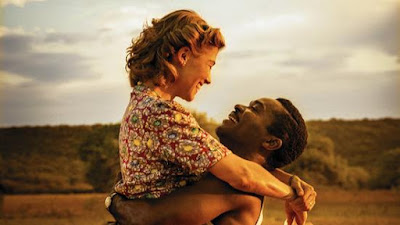 For most American audiences the story of the romance between Seretse Khama and Ruth Williams will be an unfamiliar one. The two met in Britain in 1947 when Khama was preparing to assume the tribal throne of his people in Bechuanaland, now Botswana and, at the time, a British protectorate. Their interracial relationship become ensnared in global politics, both in Britain and in Khama's homeland.

The British, who had multiple interests in the region, were very much against a high-profile, black/white relationship at a time when South Africa was instituting its odious apartheid policies. Not that the British, a people well-schooled in colonialism, needed an excuse for racism.

Aside from the freshness of the story, the movie seeks to score by casting David Oyelowo as Khama and Rosamund Pike, as Williams.

Oyelowo, who also produced, gives the movie a solid moral center. Loving and patient, his Khama believes that he can win the confidence of his people when he returns to Africa.

As portrayed by Pike, Williams may not know exactly what she's in for, but she clearly loves Khama, and wants to make a life with him. As time passes, she makes a sincere effort to win over resistant Africans. She's an ordinary woman who, under different circumstances, might have led a typical English life as a wife and mother.

Director Amma Asante (Belle) brings a solid, conventional style to Guy Hibbert's screenplay, but unlike Hibbert's tautly compelling Eye in the Sky, United Kingdom tends to drift toward dullness without quite surrendering to it.

For the most part, the British come across as cruel imperialists (including an unseen Winston Churchill). Tom Felton embodies the British attitude of entitled indifference to Khama's pleas.

The African characters show the opposite side of the racial coin. Khama's sister (Terry Pheto) resists accepting Williams for a long time, as does his aunt Ella (Abena Ayivor).

Vusi Kuene portrays Khama's uncle -- the man who raised him and who groomed him for royal ascendance. Kuene's character cannot reconcile himself to his nephew's marriage.

Not surprisingly, Oyelowo -- who played Martin Luther King in Selma -- has a major uplifting speech toward the movie's conclusion. The story ends optimistically with Botswana abandoning monarchy in favor of democracy. Khama became the country's first president.

A United Kingdom doesn't shrink from presenting explosive racial issues, but the movie remains a rather dry telling of an incendiary tale.