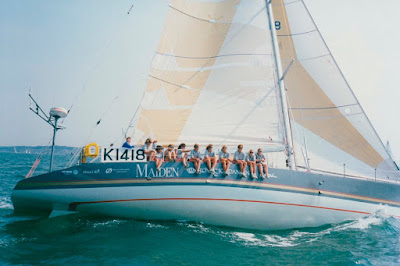 This gripping documentary tells the story of the first all-female crew to compete in the Whitbread Round The World Race, which covers more than 32,000 miles. The movie centers on the efforts of Tracy Edwards, who fell in love with sailing as an adolescent and who organized (perhaps "willed" is a better word) the women's team into existence. Director Alex Holmes makes fine use of contemporary interviews and footage shot before and during the voyage of the yacht that Edwards named Maiden and from which the movie derives its title. Joanna Gooding, who served as the Maiden's cook, did the filming during the race. The women who crewed with Edwards remember the voyage -- with its tensions, doubts, determination, and commitment. In 1989, the male-dominated sailing establishment didn't roll out the welcome mat for Edwards and her crew. But Maiden isn’t solely reliant a story with a women-vs.-men dynamic. Edwards' crew sometimes questioned her decisions and Edwards single-minded focus fueled a sharp temper. Beyond all that, there's the drama inherent in battling the sea, which has no interest in the outcome of races and often presents challenges that test the abilities of sailors who, at times, are entirely alone at sea. Should catastrophe strike, no help will save the day. Maiden works on all these levels: as a sports movie, as a telling look at gender assumptions and as the story of women who refused to take "no" for an answer. Credit Holmes with making a documentary that has both social relevance and edge-of-the-seat involvement. 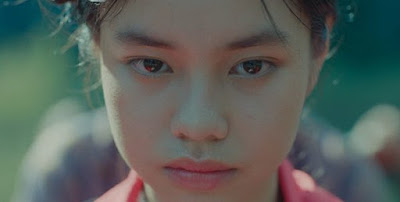 Director Ash Mayfair takes us to 19th-century Vietnam for The Third Wife, a story that begins when 14-year-old May (Nguyen Phuong Tra My) arrives at the isolated home of a wealthy landowner (Long Le Vu). May is destined to become the latest in what will be a trio of wives. Mayfair adopts a slow-moving, evocative style in which a young woman begins to learn the patriarchal ways of her new life. Her teachers are two of the landowner's other wives (Nu Yen-Khe Tran and Mai Thu Huong Maya). It soon becomes clear to May that her life will improve if she gives birth to a son. The landowner's middle wife has had two girls and, as a result, has lost status. Maybe that’s why she’s carrying on an affair with the landowner's son, a doomed romance that inevitably leads to tragedy. Mayfair doesn't overplay the movie's conflicts, leaning instead on a languid style that sometimes makes the movie seem like an idyll. Mayfair’s view of female sensuality proves interesting -- eroticism of women as seen by another woman — and a slightly ambiguous ending adds to the intrigue. Mayfair has created a lush portrait of a time that wasn't without its pleasures, but in which women also led severely proscribed lives.