A documentary about author Toni Morrison and a raucous feature about an aspiring country singer from Glasgow, Scotland, don't have much in common -- unless you want to see each (in its own way) as a story about a driven, powerful woman.

Toni Morrison: The Pieces I Am 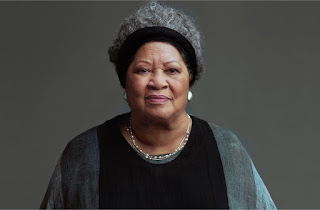 Director Timothy Greenfield-Sanders offers a well-rounded picture of the life of author Toni Morrison in Toni Morrison: The Pieces I Am. Morrison, 88, provides the movie's star power. In a variety of interviews given over many years, Morrison emerges as a formidable presence -- and one who's not afraid to laugh at herself when she deems it necessary. Much of Morrison's early life was spent in Lorain, Ohio, which she describes as a multi-racial, multi-ethnic town with a low level of ethnic and racial tension. But her life seemed to open up when she arrived as an undergraduate at Howard University. What followed her college experience was a career in publishing (she was a successful editor) and, finally, her emergence as a novelist of recognized power. Interviews with author Fran Lebowitz, editor Robert Gottlieb, poet Sonia Sanchez , and activist Angela Davis provide a laudatory environment in which to consider Morrison’s accomplishment. The only references to negative criticism of Morrison's work are presented in brief (and probably over-stated) bits from negative reviews. The movie builds toward a movement by a group of writers who protest the lack of significant prizes (Pulitzers and Nobels) for Morrison's work, an oversight that later was remedied. Morrison won the Pulitzer for her novel, Beloved, in 1988. The Nobel Prize in Literature followed in 1993. What emerges is a portrait of a woman who has spent her life delighting in language and ensuring that she used it without the inhibiting limitations of what she calls "the white gaze." I could have done without Oprah Winfrey's effusions but little in The Pieces I Am detracts from the appeal of Morrison's expansive and profoundly compelling personality. Put another way, it's difficult to imagine that anyone could watch this well-assembled documentary and not want to hang out with the woman at its center. 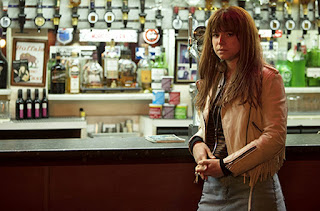 The irresistibly raucous Wild Rose begins when its main character is released from prison. Having completed her time in jail,, Rose-Lynn begins pursuing her major aspiration: She wants to be a country singer, an ambition that acquires an air of eccentricity because Rose-Lynn does not have what we might regard as a typical “country” profile. How could she? She lives in Glasgow, Scotland. And maybe that’s part of the movie’s point — at least in an inadvertent way. Musical talent sometimes shatters stereotypical expectations. Early on, few share Rose-Lynn's dream. Her skeptical mother (Julie Walters) wishes Rose-Lynn, who was busted on a drug charge, would settle down and take care of her two children. Rose-Lynn has other ideas. The story unfolds in a somewhat predictable fashion as Rose-Lynn (portrayed by a dynamic Jessie Buckley) marches through the rest of the movie in headstrong fashion, singing and living a rough-edged life. When Rose-Lynn obtains a job as a domestic, her affluent employer (Sophie Okonedo) offers to help propel her career by raising money to finance a dream trip to Nashville. Like many others, Rose-Lynn hopes to be discovered when she arrives in the world’s country music capital. Buckley's performance makes us believe that this is a reasonable ambition for a woman whose credo has been tattooed on her arm: "Three chords and the truth." Buckley's drive keeps the movie hurtling toward a conclusion in which director Tom Harper, working from a screenplay by Nicole Taylor, upsets (at least mildly) the genre cliches that we've come to expect from movies about raw talents on the make and voices that won’t be silenced.