Sometimes, you take what you can from movies. I didn't entirely buy into The Art of Self Defense, but at its best, the movie offers a revealing look at how a charismatic leader exploits a massively insecure person. Ostensibly, director Nick Broomfield's Marianne & Leonard: Words of Love deals with the relationship between Leonard Cohen and a woman many regard as his muse. The documentary emerges as a better portrait of the tumultuous '60s than as a study of a relationship. Finally, I found myself engrossed for most of Three Peaks, a drama about difficulties that occur when a single mom tries to establish a relationship with a new man. I like movies with suggestive moments and minimal plotting, but this one skimps on payoff. 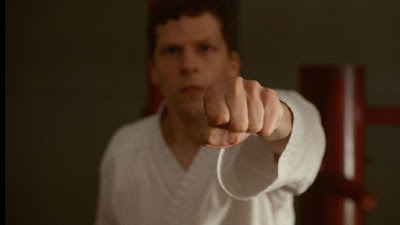 Jesse Eisenberg puts on his full dweeb in The Art of Self Defense, a strange, often implausible movie about an alienated young man who, after nearly being beaten to death, emerges as a dedicated martial artist. Eisenberg's Casey Davies recovers from a mugging, flirts with buying a gun and then discovers a dojo where the sensei (Alessandro Nivola) gradually indoctrinates him into a peculiar form of karate: Certain of the sensei's students are encouraged to unleash maximum brutality. As a study of how a vulnerable person can fall under the sway of a powerful teacher, The Art of Self Defense excels. Eisenberg and Nivola create enough credibility to balance the screenplay's more outlandish elements. On the surface, the dojo ethos of obedience and self-control seems reasonable, but The Art of Self Defense is about more than the way a young man gains self-assurance through the discipline of martial arts. The movie also aims to plumb the worst depths of machismo and the bizarre behavior to which it can lead. Put another way: director Riley Stearns has more in mind than turning Eisenberg into an adult version of The Karate Kid. Stearns creates an austere environment in which dialogue is delivered without much inflection. He never makes it entirely clear when the movie is taking place. At one point, VHS tapes appear, a relic of another time. The movie eventually loses itself in a deluge of extreme behavior that might have been intended to show the brutality that lurks beneath the dojo's proclaimed rigor. The Art of Self-Defense proves absorbing enough, but -- in the end -- Stearns doesn't transcend the peculiar insularity he creates. The movie's most important moment emerges as the kind of joke that would have made a terrific ending for a short film — and, yes, you may see it coming. Fine performances and strangely self-contained world result in a satire more pinched than expansive. With Imogen Poots as a Blue Belt trainee who knows more than she initially lets on. 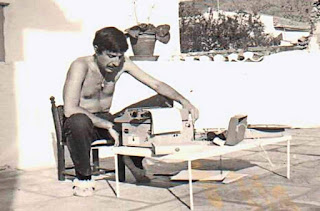 Director Nick Broomfield tells the story of the long-running relationship between Marianne Ihlen and Leonard Cohen, both now deceased. Broomfield can't resist telling us that he knew Ihlen and even slept with her on the Greek Island of Hydra. That was back in the early '60s. I guess that counts as a necessary part of full disclosure before Broomfield tackles the story he wants to tell. Love aside, Marianne & Leonard: Words of Love turns out to be as much about the unsettling fluidity of the '60s as it is about a relationship. Much of Marianne & Leonard deals with Cohen's career, which evolved from writing novels and poetry on Hydra to singing and performing on the world stage. Cohen got his start as a performer when he shared a song he'd written, Suzanne, for Judy Collins. She recorded the tune but also urged the reluctant Cohen -- he insisted he couldn't sing -- to make the leap to performing. Cohen's singing may not qualify as rock 'n' roll, but that doesn't mean he missed out on the sex and drugs part of the '60s. As Cohen's star rises, Ihlen seems to slip into the background. There are drugs and other women, a six-year-stay in a Buddhist monastery and a late-life battle to recover from financial losses that involved him in a lawsuit against his former manager. Cohen's letter to the dying Marianne proves touching and Broomfield creates a vivid impression of lives that often became unmoored. As for Marianne and Leonard? Even amidst the cultural frenzy of the '60s, their tie — though often strained and tenuous — somehow endured. 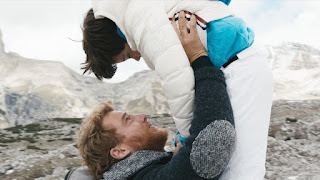 German director Jan Zabeil tackles the problems faced by an emerging family in Three Peaks, a compact drama that takes a single mother (Berenice Bejo), her lover (Alexander Fehling) and her young son (Arian Montgomery) to an isolated cabin in Italy's Dolomite Mountains. Initially, these three seem to get along well, but as the minimal story of Three Peaks unfolds, an increasingly recalcitrant boy becomes more of a problem. He refuses to sleep in his own bed and does his best to undermine his mother's relationship with her new lover, sometimes subtly and sometimes directly. To the movie's credit, Aaron acknowledges that the boy can be a pain, but he’s also understanding about the difficulties the kid faces. Fehling presents all this in an atmosphere of deeply impacted tension and we can't help fearing for the boy when he and Aaron take an early morning hike to the top of one of the three peaks that give the movie its title. The cast handles the movie's conflicts well, although I wondered if Zabeil, in his eagerness to avoid the pitfalls of a movie that could have tipped into horror with a bad-seed aftertaste, didn't wind up with an overly attenuated drama. Three Peaks never quite reaches the dramatic peak that the movie's deliberate pacing and tense interplay seem to promise.

Would “The Art of Self Defense” and “Three Peaks” be worth a look? Thanks.

Yes, if you're willing to accept the reservations that I expressed in reviewing these films. Both have their virtues and also, limitations.