Movies on the fringe

Most movies have the sense to run and hide when an imperial behemoth such as Avatar stomps into the marketplace. But several releases can be found on this week's fringe. Here are a few: 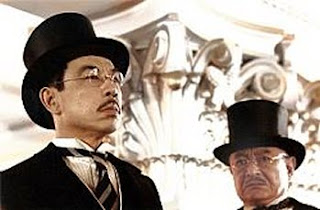 The Sun. Russian director Alexander Sokurov (Russian Ark) never has been known for movies that conform to standard expectations. This time, Sokurov examines the life of Japanese emperor Hirohito during the final days of World War II. Living in a bunker, Hirohito (Issey Ogata) is both literally and metaphorically disconnected from the outside world. Sokurov meticulously follows the ritual that surrounds the emperor, who maintains an interest in marine biology and wanders around his underground home as if he's a creature from another planet. If you're looking for action, look elsewhere, but Sokurov's movie proves a strangely haunting meditation on a ruler surrounded and fatally blinded by the machinery of an imperial state. The third in a series of Sokurov movies about fading tyrants that began with Moloch (about Hitler) and continued through Taurus (about Lenin). 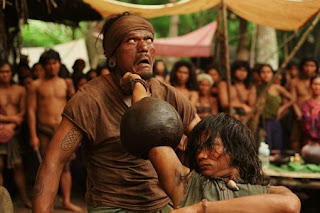 Ong Bak 2. Martial artist Tony Jaa returns in Ong Bak 2, a movie that's not a sequel to the original Ong Bak, which also starred Jaa. No matter. Jaa's martial arts skills are undeniable, and -- as is the case with many such films -- the story is a chaotic blend of exotic plot lines, most of which serve to support the action. A sequence in which Jaa subdues a herd of elephants is exceptionally impressive, as are several of the fights. The movie's ending proves unsatisfying, but there's enough action in Ong Bak 2 to turn the movie into a bona fide guilty pleasure. 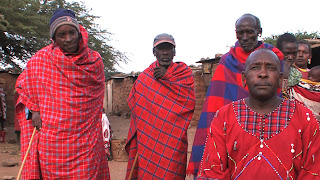 The End of Poverty? Director Philippe Diaz's documentary, The End of Poverty? attempts to explain the mechanisms by which rich nations suppress poor nations, usually destroying their cultures in the bargain. Talking heads alternate with heart-wrenching scenes of poverty, but the movie is the kind of documentary that would require tons of research either to confirm or to debunk. If you're looking for an anti-capitalist exploration of the world order, you can try End of Poverty? or you can head for Avatar, which makes some of the same points about imperialist exploitation, but also features 3-D and action. Too flip? Maybe, but Diaz' film -- not terribly exciting as cinema -- probably needs to be reviewed by an economist, not a film critic.
Posted by Robert Denerstein at 3:23 PM