A look at an implausible ruse 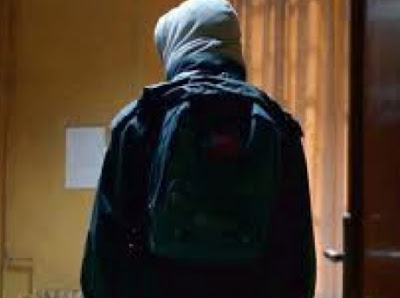 The Imposter, a totally involving documentary from director Bart Layton, is one of the few films that you won't be able to out-guess, unless you already happen to know the story of Frederic Bourdin. Bourdin insinuated himself with a Texas family by pretending to be Nicholas Barclay, a teen-ager who disappeared in 1994. More than three years later, Bourdin -- in Spain at the time -- pulled off what appears to be an impossible ruse. A 23-year-old man with a French accent, he claimed to be a 16-year-old American. To make matters more bizarre, Bourdin -- interviewed extensively throughout the course of Layton's film -- looked nothing like Barclay. Barclay's family accepted him anyway. But there's much more to the story than that. Normally, I don't like documentaries that rely heavily on re-enactments, as this one does. But Layton's mixture of interviews, home videos and recreated drama works to create one of the most perplexing movies of the year -- and I mean that in a good way. We watch in a state of semi-amazement as Bourdin tells his story, and eventually falls under the suspicion of a private investigator. Gradually, the focus of The Imposter shifts into even weirder territory. It's best to say no more -- other than to tell you that Layton's film probably will have you shaking your head in disbelief, quite an achievement for a documentary about a true story in which truth turns out to be the most difficult thing to find.

Posted by Robert Denerstein at 9:47 AM