An urgent look at the fall of Versailles 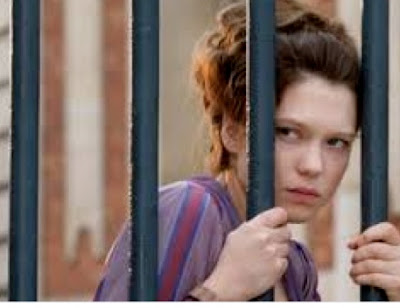 A superior period piece -- as opposed to one that feels as if it belongs in mothballs -- has a sense of present-tense immediacy. Although Farewell, My Queen covers familiar ground -- the last days at Versailles before the fall of Louis XVI and Marie Antoinette -- the movie earns high marks for managing to feel entirely fresh.

Director Benoît Jacquot fills the screen with tension, finds an interesting way to tell the story (from the perspective of a young woman who serves as the queen's reader) and even manages a surprising conclusion to a historical tale in which the outcome is well-known and inevitable.

Shot at Versailles and beautifully appointed, Farewell, My Queen centers on Sidonie Laborde (Léa Seydoux), a young woman who has been working at Versailles for four years when the movie begins. Farewell, My Queen opens with Sidonie being awakened from a sound sleep; the moment sets the tone for everything that follows. The whole court is awakening -- albeit reluctantly -- to the fact that it's about to topple.

Jacquot, -- along with Gilles Taurand -- co-adapted a novel by Chantal Thomas; the screenplay wisely doesn't tell us much about Sidonie's background. She's a young woman who evidently found her identity at Versailles, and is entirely devoted to the queen. There's an avidity about Sidonie; she works hard to stay abreast of gossip about events unfolding in and around the court. She knows literature -- she's a reader after all -- and, as played, by Seydoux, she has an alarming alertness about her. She's no pushover. 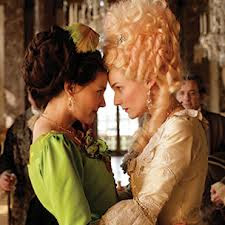 The rest of the performances keep pace. As Marie Antoinette, Diane Kruger -- a German actress playing the Austrian who found herself on the French throne -- is beautiful, pampered and capricious. Kruger brings welcome complexity to her performance. Her Marie Atoinette is no cartoon of cruelty, although she's plenty vain. The queen, who spends most of her time in her bedroom, has been carrying on an affair with Gabrielle de Polignac, a young duchess played by Virginie Ledoyen.

Jacquot daringly lowers the volume on Bruno Coulais's agitated score, giving it the feel of a pulse that's beating wildly. A restless camera beautifully captures the sense of mounting confusion faced by both the nobility and those who serve it. An old order is falling, but Jacquot understands that for those who lived it, the experience was immediate, shocking and, in many cases, terrifying.

Quick but telling touches abound. At one point, the king (Xavier Beauvois) appears. The courtiers -- in full plummage -- sucrry toward him, frightened people hoping for answers. None are forthcoming. Imagine peacocks awakening to the roar of a lion, and you'll have a feeling for the mood at court. Such an attitude of fearful surprise might well have characterized those who cloistered themselves in the opulence of Versailles, and knew little of life beyond court with its boundless intrigues and ludicrous finery.

In covering four days before the French Revolution, Jacquot avoids scenes that scream out about their historical importance. He's interested in what it felt like to be at Versailles as the wheel of history turned.

We know the outcome, but not all of these characters know their fates: It's that sense of terrified confusion that gives Farewell, My Queen so much remarkable and instructive urgency.