A look at the great Ai Weiwei 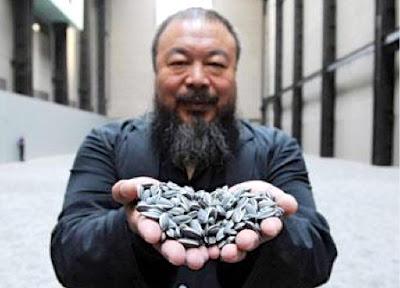 The 55-year-old artist Ai Weiwei has been poking his finger in the eye of Chinese authority for years. Currently the subject of a case in which the Chinese government claims that Ai owes $2.4 million in back taxes and penalties, the artist has spent the better part of his adult life championing free expression and human rights.

In 2011, Ai spent 81 days in detention after being arrested at the Beijing airport. Since his release, Ai -- who helped design China's signature "birds nest" Olympic stadium -- gradually has been resuming his role as China's most famous artist and one of its highest profile provocateurs.

The documentary Ai Weiwei: Never Sorry examines Ai's life prior to his detention, a time when he made extensive use of art and social media to criticize the Communist Party.

Ai, whose work includes sculpture, photography and installation, was instrumental in calling attention to government corruption that contributed to the death of schoolchildren in the Sichuan earthquake of 2008. For his efforts, Ai was beaten by police in Chengdu, a case he pursued with no expectation of obtaining redress, but with a desire to expose the workings of an unjust system.

Throughout his career, Ai has proven himself adept at making adjustments: At one point in the film, Ai is invited to build a studio in Shanghai. When the political winds shift, the authorities order the studio destroyed. Ai responds by throwing a party, a river crab feast.

In Ai Weiwei: Never Sorry, director Alison Klayman introduces us to Ai's politics and art, which are often inseparable. We see Ai installing a piece at the Tate Modern in London ("Sunflower Seeds"); we see him working in Germany (a retrospective at the Haus der Kunst in Munich) and we see him at home in China, all of which makes Klayman's film must viewing for anyone interested in Chinese politics, contemporary art and the right of all people to express themselves freely.

I recently spoke with the 27-year-old Klayman about Ai and the making of Never Sorry:
Q. Can you tell us anything about Ai's current status?
Klayman: 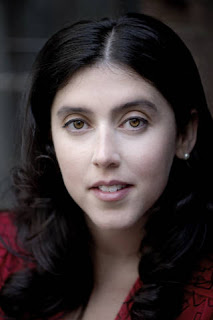 Well, as you know, the court in Beijing ruled on his appeal to the charge (of tax evasion). (In July, a court rejected Ai's appeal; Ai was barred from the proceedings.) It's kind of amazing that they heard the case at all, but things didn’t go to his lawyer’s satisfaction. Weiwei spoke out strongly -- on twitter and to reporters -- about how he was kept from the trial. They refused to say where they’re getting the numbers for the $2.4 million fine. Ai still is being threatened with various on-going investigations. He was told he shouldn‘t travel. They're holding his passport. When he was released (from detention) he was under bail conditions for one year. Slowly, he has pushed the limits on all of his restrictions, but he's been unable to travel outside Beijing for the last year.

Q. Do you think your documentary can help Ai in his struggle to get back to where he was prior to his arrest?
Klayman: What I get from him is that he’s happy to have his story shared as much as possible. He's glad that the movie is seen as good. It's hard to tell where the decision making (about Ai) is coming from. It's not easy to understand why they (the Chinese authorities) do what they do. It's not clear whether outside pressure would make the Chinese double down on him. In the past, his international recognition has helped. The film will play a part in that.

Q. Did Ai's political views, which he makes no attempt to hide, make your job as a filmmaker more difficult?
Klayman: There are challenges in filming Ai Weiwei. He's a very strong individual, someone who has as many as 30 different projects going at any given time. He was open to letting me be around. I was not on the list of his major concerns, so I really had to assert myself. He's a famous, a world renowned artist. As for the challenges of working in China, I'd been there for several years and was somewhat familiar with Ai. My project wasn’t publicized. There are lots of things you have to think about -- how to get footage out of China, for example. You need a plan. But I never had any of my equipment touched.

Q. So how did this project originate?
Klayman: I lucked out. I already was in China. (Klayman lived in China from 2006 until 2010.) I wanted to do journalism and documentaries. I studied Mandarin. I had many different jobs and tutors. ... I met Ai because a roommate of mine was working on an exhibition at his gallery. I was asked if I wanted to make a video about the show. I was handed the chance to film him. I have an open attitude, and I wanted to do a good job. Ai could appreciate that.

Q. Much of Ai's art is playful, even though it deals with serious issues. I wonder if it was fun to be around him.
Klayman: A lot of the time it was. A big part of his personality is his love for life, new things and fun things and having a sense of humor. He likes to be a vibrant and enjoyable experience for the people around him. I felt no matter what happened, the film would be an enjoyable experience for audiences.

Q. Is it possible that politics will overwhelm art for Ai?
Klayman: I feel all of it (art and politics) is coming from the same impulse on Ai's part. Whether he was doing interviews or talking about things that are far from a fine art context -- politics and the Internet, for example -- I never felt as if he was taking off his art hat. I never heard him identify himself as anything other than an artist. For him, the role of artist is to be engaged and to protest for freedom of expression. Everything he does comes from the same motivation.

A. Can you return to China?
Klayman: That remains to be seen. I did go back after his detention, and I spoke out a javascript:void(0);lot while he was being detained. I went back in the fall, and didn't have any problems. But I have to apply for a new visa; I hope that they don't see Ai Weiwei as an anti-China film.

Q: Did making this documentary change you?
Klayman: How could it not change me? This has been my life's work for the last couple of years. It became even more serious when the stakes were raised by Weiwei's detention. Being around Weiwei and making the film has taught me not to think small. Seeing the work he's doing and how it's impacted people all over the world has taught me that big things are possible. Art can impact people in a way that transform politics. That's an exciting realization for me.
Posted by Robert Denerstein at 9:00 AM