What makes an Israeli or a Palestinian? 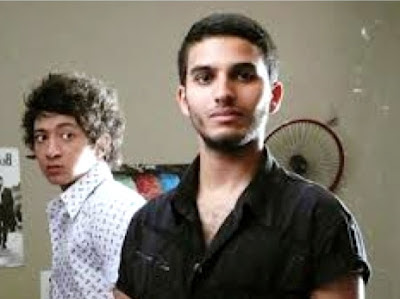 Talk about dramatic contrivance: The Other Son revolves around a whopper. An Israeli baby and a Palestinian baby were mixed up at birth, thanks in part to chaos resulting from scud missile attacks on Haifa during the Gulf War of 1991. An Israeli military officer (Pascal Elbe) and his French-born wife (Emmanuelle Devos) wind up raising the Joseph (Jules Sitruk), the boy they believe to be their biological son. A pre-enlistment blood test reveals that Joseph couldn't possibly be the child of the officer and his wife. DNA testing turns up the biological son who wound up with the wrong parents. He's Yassin (Mehdi Dehbi), a brilliant student raised by his Palestinian mother (Areen Omari) and father (Khalifa Natour) in the West Bank. Yassin is en route to medical school in Paris, where he just received his baccalaureate degree. The movie examines how each family copes with this stunning revelation. Director Lorraine Levy creates a variety of interesting situations for both families, beginning with arguments about whether the boys even should be told about their biological identities. As the movie unfolds, Israeli/Palestinian tensions are brought into focus. We see the difficulties imposed by checkpoints that separate the West Bank from Israel, a chasm that's further enhanced by the ominously looming fence that seems to function both as a physical barrier and as a metaphor. Though trained as an engineer, Yassin's father must work as an auto mechanic, and Yassin's older brother (Mahmud Shalaby) can't conceal his anger at the "brother" who is not what he seemed to be. Levy wisely soft-pedals the movie's lessons about the common basis of all humanity, and I'm not sure she knows what to do with all the volatile forces she's unleashed. But a strong cast and an intrinsically interesting premise -- not to mention the wildly different personalities of the two young men -- make The Other Son a worthy attempt to examine what appears to be an unbridgeable divide.