Those British kids are now 56 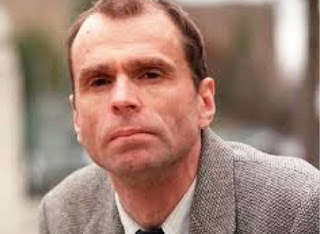 If you've been following director Michael Apted's landmark Up documentaries, you'll certainly want to catch 56 Up, the latest in a series that has been chronicling the lives of 13 British school kids since 1964. Checking in for fresh reports at seven-year intervals, Apted has managed to fit the Up films into a career that has seen him work in TV and feature films. The most notable of the latter have included Coal Miner's Daughter (1980), Gorillas in the Mist (1988) and Thunderheart (1992). Made for BBC television, the Up series began playing in the U.S. with 1984's 28 Up. Each new chapter -- including 56 Up -- includes enough footage and background from the previous films to fill in essential background and keep us in touch with the continuum of the lives Apted has been following. On the most superficial level, the most interesting thing about 56 Up involves physical appearance, observing how the various participants have aged. Watching Apted's documentary is a bit like attending your high school reunion and looking for traces of people's younger selves in their matured faces. Apted, who set out to see whether British class differences proved definitive in determining the arc of a life, finds his subjects in a generally reflective mood -- with a good deal of their reflection focusing on what it has meant to participate in a widely viewed cinematic experiment that has turned them into minor celebrities in Britain. No point reviewing all the lives we see here, but know that Neil -- seen in photo at right -- remains a bit of a lonely oddball, although he seems to have a handle on the life that has turned him into a small-town politician. Without a degree, one of the women has become an administrator at a university. Tony, who once aspired to be a jockey but wound up driving a London cab, now has a home in Spain where kids and grandkids gather. And so on. If we didn't know the history of these particular folks, I'm afraid we wouldn't find them all that fascinating. But we do -- and that makes all the difference. If Apted, who just turned 72, makes the next installment, the participants will be 63. Barring deaths -- of which there have been none so far -- I'd bet that things won't really start to get intriguing until everyone has reached the age of 70, and mortality has crept even closer. But for fans of the series (and I'm one) every installment is essential viewing, which means 56 Up is not to be missed.


Posted by Robert Denerstein at 9:00 AM

Email ThisBlogThis!Share to TwitterShare to FacebookShare to Pinterest
Labels: 56 Up, Michael Apted