'Side Effects,' an intriguing thriller 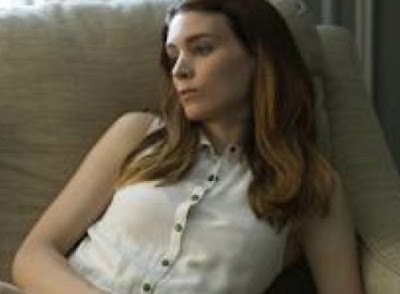 Director Steven Soderbergh has said that the thriller Side Effects will be his last big-screen venture. The 50-year-old, Academy Award-winning director recently told New York Magazine that he plans to spend much of his time painting. Soderbergh didn't rule out theater or a television series, but said that he wouldn't continue as a filmmaker while he felt as if he were "running in place."

In place or not, Soderbergh certainly has been running; he has made 26 features since rocking and transforming the independent film world with 1989's Sex, Lies, and Videotape. As it progressed, Soderbergh's career seemed to divide between star-driven mainstream movies and more idiosyncratic fare. He has had franchise success (the Oceans Eleven movies), won a best-director Oscar for Traffic (2000), and challenged commercial wisdom with Che (2008), a four-hour, two part look at the revolutionary life of Che Gueverra. Most recently, he scored a box-office victory with Magic Mike, an upbeat look at the world of male strippers.

Intriguing and deftly made, Side Effects doesn't always tell the most believable of stories, but it's easy to overlook plausibility issues, right up until the movie's unfortunate and less-than-credible last act.

It may be stretching the point, but Side Effects struck me as a middle-ground helping of Soderbergh, a movie lodged somewhere between the director's mainstream and more specialized efforts. This time, Soderbergh roots his thriller in a culture that frequently over-uses or abuses prescription drugs. All of us are bombarded with drug advertising, and we've read about doctors who receive consultancy money from pharmaceutical companies looking to steer patients toward one drug or another.

At the outset, Side Effects looks as if it's going to be an expose -- perhaps even a heavy-handed one -- about the social and personal perils of America's drug obsession. But Soderbergh quietly shifts gears on us, moving his movie into more classical thriller terrain.

Early on, the story centers on Emily Taylor (Rooney Mara), a young woman whose husband (Channing Tatum) has just finished a four-year prison sentence for insider trading. Once a Wall Street golden boy, Tatum's Martin Taylor tries to rehabilitate his professional life, but soon realizes that he has other problems.

Emily seems severely depressed. She has trouble relating to others, and at one point, she drives her car into the wall of a parking garage. This apparent suicide attempt brings her into contact with a British psychiatrist (Jude Law), who lives in New York City with his wife (Vinessa Shaw) and young stepson.

Law's Dr. Jonathan Banks eventually puts Emily on a new antidepressant called Ablixa. The drug seems to work -- until it doesn't. The potentially dangerous side effects of Ablixa help put the thriller elements of screenwriter Scott Z. Burns's story into motion. Burns, by the way, wrote the screenplay for Contagion, also directed by Soderbergh.

It's impossible to tell more without tipping the movie's hand, so I'll simply say that Soderbergh increasingly concentrates on Law's character as the psychiatrist finds himself foundering in troubling ethical and legal waters.

It takes time to understand why Mara, last seen in the American version of Girl With a Dragon Tattoo, seems a bit drab. Stick with her. Law excels as an empathic psychiatrist who also needs money. He's taken a $50,000 consulting fee from the company that manufactures Ablixa.

At one point in the story, Dr. Banks meets with the psychiatrist who previously treated Emily, a crisply efficient Catherine Zeta-Jones. Zeta-Jones's character ultimately has more to do with propelling the plot than with creating insight into any of the ethical or psychological issues the movie raises.

If Side Effects really is Soderbergh's swan song, it stops short of qualifying as a totally triumphant conclusion. I don't think I'd rank it as one of the best movies in a career that frequently has balanced entertainment with social significance (Erin Brockovich and The Informant) and that has seen the director employ a dazzling variety of approaches in movies such as Kafka (1991), King of the Hill (1993), Schizopolis (1996) and Bubble (2005).

Obviously, it's not easy to fit Soderbergh into any pigeon hole, which is part the reason I hope he doesn't remain a retired filmmaker.

Soderbergh's Behind the Candelabra, the story of Liberace, will play on HBO later this year. But if Side Effects really does turn out to be Soderbergh's final theatrical release, I can understand why.

Directing can become an exhilarating but exhausting exercise in cunning and craft. And every movie presents all sorts of steep challenges -- funding and logistics, to name but two. On top of that, Soderbergh often serves as his own cameraman.

No wonder he's tempted to seek the nourishing solitude of an artist's studio, where he can tend to his creativity in ways that keep it from -- in his words -- "running in place."