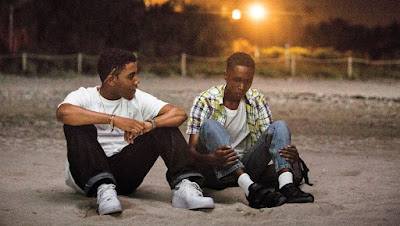 Normally, I'd be writing something about how host Jimmy Kimmel, after a fine start, teetered as the evening wore on. I might say that I was a bit surprised that Denzel Washington (Fences) lost the best actor award to Casey Affleck (Manchester by the Sea). I also might have said that Viola Davis' heartfelt acceptance speech for best supporting actress was the highlight of an evening that became boring despite Kimmel's attempts at originality -- dropping candy from the rafters and bringing a tour bus full of unsuspecting gawkers onto the Oscar stage.

I also might have said that I got real tired of Kimmel's running gags about his feud with Matt Damon.

Had things gone the way they should have, I would have cheered Moonlight's victory over frontrunner La La Land for best picture.

I know. I still can't believe it, either. Warren Beatty and Faye Dunaway, who once starred as Bonnie and Clyde, stole all the Oscar thunder by announcing the wrong movie for best picture. During a La La Land acceptance speech, we learned that Moonlight -- not La La Land -- actually had won. It fell to Jordan Horowitz, a La La Land producer, to utter words that probably will haunt him for the rest of his life, "There's a mistake. ... This is not a joke, Moonlight has won best picture."

Warren Beatty lamely tried to explain what happened, something about the best actress card being in the best picture envelope. It didn't really help.

So what should have been a great night for those of us who preferred Moonlight to La La Land left a very sour taste. How could anyone not feel sorry for the folks who made La La Land? They had statues in hand -- and gracefully surrendered them to the Moonlight crew.

You'll read a lot more about this monumental screw-up, but on a night when we should be celebrating the work of Mahershala Ali, who won best supporting actor for his performance as a crack dealer with a heart in Moonlight and when we should be wondering how Suicide Squad won anything (it landed the Oscar for makeup and hairstyling), we're stuck with the most embarrassing ending to an awards program in the history of awards programs.

So I'm cashing in my chips for the evening. Maybe I'll return to Oscar tomorrow, but I'm no longer in the mood to eke some social significance out the evening, which included the expected jabs at the current administration and calls for inclusion.

Instead, I'll leave you by quoting a tweet from James Poniewozik, a TV critic for the New York Times.

"Looking forward to tomorrow morning, by which time the Oscar winner for best picture will be Hidden Figures," Poniewozik wrote.

All I can say is, "Dunaway and Beatty gave us something to talk about, but damn."