The worst police job in the world

This French cop drama may suffer from too much of a bad thing. 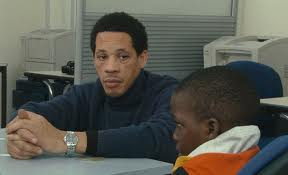 The French drama Polisse can be difficult to watch, which is how it should be. The movie chronicles the work of the Child Protection Unit, a Parisian police detail assigned to preventing child abuse, most of it involving pedophilia. The men and women at the movie's core are deeply committed to their work, but pay a major price for being thrown into an emotional pressure cooker that never stops boiling. Not surprisingly, these cops have difficulty dealing with the rest of their lives, as work tensions spill into time spent away from the job. It may be impossible to witness non-stop perversity without retaining dangerous levels of anger or maybe some of the cops use work pressures to cover their inability to sustain close relationships. Director Maiween, working from a script co-written with Emmanuelle Bercot, adds a bit of plot twist when a female photographer is assigned to chronicle the work of these haggard cops, but Polisse never entirely sheds an episodic approach. The goal must have been to show the unending onslaught of woe under which these cops labor, but the approach can feel repetitive. Polisse effectively shows how the cops interrogate suspects, how they party to blow off steam, and how they cling to a sense of unwavering righteousness about their role in society. But some of the movie has the numbing effect that derives from exposure to too much histrionics. By the end, we've gotten to know a sampling of the cops fairly well, but Polisse suffers from the fact that it makes its points early and doesn't really have anywhere to go with them. Like the cops it portrays, the movie never gets out of spin cycle.