Living with an unbearable past

An outstanding Casey Affleck stars in Manchester by the Sea, a sad story about guilt and loss. 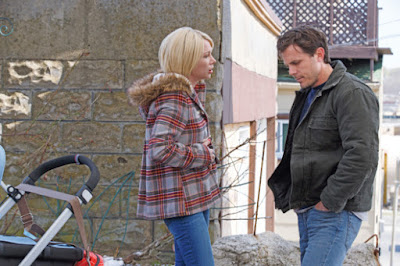 I say that not because Lonergan's films (You Can Count on Me, Margaret and now Manchester by the Sea) qualify as cinematic wonders. Lonergan's work as a writer/director won't stir you with its visual brilliance or sweep you away with its epic scale. But that's precisely why Lonergan's character-driven work must be valued: He's one of a handful of contemporary filmmakers who make movies about real people -- non-glamorous, everyday folks who are engaged in life-defining struggles.

On its surface, Manchester by the Sea (the title sounds like you might find it atop a resort brochure) is an entirely conventional movie. An emotionally wounded man returns to his hometown after the death of his older brother. Gradually, he establishes a relationship with his teen-age nephew.

In most movies, that relationship would provide the movie's protagonist with a road to redemption. Our hero would reaffirm his belief in life, and we'd leave the theater feeling better about him and maybe about ourselves.

But Lonergan isn't interested in supporting anyone's fantasies. He knows that life doesn't always produce happily-ever-afters and that some wounds remain too raw ever to scar over. Those wounds may also be connected to a kind of integrity that refuses (perhaps for good reasons) to relinquish a horrible pain.

In Manchester by the Sea, Lonergan introduces us to Lee (Casey Affleck), a brooding, angry man who works as a janitor at a Boston apartment complex. Early on, Lee receives a phone call telling him that his brother (Kyle Chandler in flashback) is dying. Lee returns to his hometown of Manchester, Mass., and discovers that his brother has died, and he has been appointed guardian of Patrick, his 16-year-old nephew (Lucas Hedges).

Returning to the place he once called home, Lee is flooded with memories, some involving his brother and some involving his former wife (Michelle Williams). Seen in flashbacks, these moments from past arrive in the movie with the suddenness of uninvited guests. We also learn that Patrick's alcoholic mother (Gretchen Mol) abandoned her family.

We know from the outset that unspeakable tragedy haunts Lee. I won't tell you what it is. You don't need to be aware of the movie's big reveal to understand that Lee's life is mired in hopelessness. Angry eruptions lead to fistfights in bars. Half the time, his gaze is downcast. He has imprisoned himself in an inescapable jail, where the bars are made of guilt and shame.

I don't want to say much more about the plot, but you should know that every performance in Manchester by the Sea feels authentic, as does the environment that Lonergan creates.

This environment and Lonergan's commitment to it allows him to add humor -- even in his depiction of the tormented Lee. The banter between Lee and his nephew can be funny in the way of two guys jockeying for position.

There's much to discover here: The relationship between Lee and his late brother; Patrick's relationship with girls; the marriages of men and women who can't always conquer their demons; the inability of Patrick to connect with his apparently reformed mother.

Much has been written about the scene in which Lee meets his former wife in the streets. Yes, it's a tearjerker. Yes, it leaves you shaken. Yes, it hurts.

But there's another scene in which Lee tells Patrick about his inability to put the past behind him that's equally heartbreaking.

In its overall effect, Manchester by the Sea is a sad movie, but its sadness stems from careful depiction of the movie's characters and their experiences. Lonergan trusts us enough not to betray either, which is precisely why his film proves so memorable.