The ordeal of an iconic First Lady 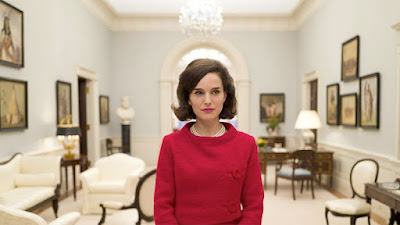 The day of President Kennedy's funeral, I and several college pals were positioned directly across from the White House. We'd driven from New Jersey to arrive in DC in time for the somber spectacle. We saw the horse-drawn caisson that carried the president's flag-draped coffin. We heard the hollow sound of hoofs on concrete as the caisson rolled past. We heard the Navy band playing Chopin's inexorably grim funeral march. We saw the riderless horse, a backward boot in its stirrup.

We also saw dignitaries pouring out of the White House, where the funeral procession had traveled after leaving the Capitol: Jacqueline Kennedy, Bobby and Teddy, of course. But I most remember the diminutive Haile Selassie of Ethiopia walking next to the towering Charles de Gaulle, one of the world's great physical mismatches.

The deep sadness and magisterial pomp of the moment was so incredible, none of it felt real.

Somehow we sensed that the nation not only was burying a president, but its belief in a reality protected from extremes. From that moment on, we knew we could discount nothing.

All of that came flooding back to me while watching director Pablo Larrain's Jackie, a movie in which Natalie Portman plays the First Lady whose brave and composed public presence told the rest of us how we were supposed to respond to the unthinkable demise of a president we viewed as invincible and robust.

Larrain uses his camera to turn Jackie into a floating, near spectral presence while at the same time trying to make her as real as the presidential blood that spotted her pink Chanel suit, the one she wore with a pillbox hat. There's a near ethereal quality to Portman's performance, the sense of a woman in the midst of shock, grief and the isolation that came not only from losing a husband, but from living inside the Kennedy mythology.

The movie begins in Dallas and carries through to the state funeral that Jackie planned. Its story is built around a shop-worn contrivance. A journalist (Billy Crudup) travels to Hyannis Port, Mass. to interview Mrs. Kennedy at the Kennedy compound. I couldn't make sense out of Crudup's performance, which seems to lack a great deal of compassion for Mrs. Kennedy and which seems out of synch with the way the country responded to the events of November, 1963.

Mrs. Kennedy tells Crudup's character her version of the events surrounding the assassination. She sometimes reacts in revealing ways that she insists must be kept out of print. She's doing her duty to protect what she knew would become a legend.

The movie makes reference to a famous 1962 televised tour that Jackie gave of the White House in which she sounded doll-like and light-headed. It may help younger audiences to know that comedians used to make fun of Jackie's voice.

Larrain has gone to great lengths to replicate the interior of the White House; he certainly succeeds in creating a credible environment.

Alas, not all of the casting functions in the same way. John Carroll Lynch looks nothing like Lyndon Johnson. Peter Sarsgaard is even less convincing as Robert F. Kennedy. We see glimpses of JFK, who's played by Danish actor Caspar Phillipson.

These missteps are important because for the movie consistently to work, we must believe we're watching real people -- not half-cooked, shadow-play representations.

If there's a point here, it has to do with the notion that during the Kennedy days, the White House was regarded as a modern Camelot, a place where art was respected and people comported themselves with dignity and grace. It was the grandest of illusions, and Jacqueline Kennedy helped to create and sustain it.

There's unquestionable allure in getting behind the scenes -- in seeing a partly speculative account of what led to the moment when I found myself across from the White House.

But it's not always clear what Larrain is after: He gives us a scene in which Jackie meets with a priest (John Hurt), who advises her that the big questions with which she's grappling may be unanswerable. You also may feel you're watching what happens when a heretofore supporting player suddenly finds herself thrust into a central role in a very public drama.

At times, it also feels as if the movie is about the weight of emptiness inside Camelot after the king has died.

Jackie may be about all those things: I suppose Larrain wants us to think that Jackie knew that Camelot was an illusion but somehow managed to believe in it anyway.